There is ‘widespread overuse of restraint’ and ‘an unacceptable level of violence’ in youth custody, according to a new report. An independent review by the former chair of the Youth Justice Board, Charlie Taylor recommends reform of behaviour management in the youth secure estate to a culture where painful techniques are only used in exceptional circumstances; however he stops short of calling for an outright ban on pain-inducing techniques.

Taylor found that ‘the inexperience of prison staff and leadership of variable quality means that there is an overreliance on restraint to maintain a semblance of order.’ Sometimes, the decisions of officers were found to have contributed to restraint and then force, and often there ‘appeared to be no one in control and no plan of action’. The 12-month review had been commissioned in October 2018 following legal action brought by the children’s rights group Article 39 on the Ministry of Justice’s use of pain against children. 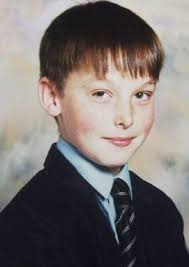 Adam Rickwood: just 14 when found hanged in 2004 after being restrained

Carolyne Willow, Article 39’s director, called the review ‘a major milestone in child protection’ and ‘one we have waited 16 years’ for since the death of 14-year old Adam Rickwood. The boy wrote a note questioning the legitimacy of pain-inducing restraint before he hanged himself in a Serco-run child prison. ‘It has taken our legal action to finally bring some promise of justice for Adam and other children who have suffered needlessly over many years,’ said Willow.

Taylor commented on Twitter that he stopped short of an outright ban because ‘during the review I saw a small number of incidents that convinced me there are situations where if force (and at times, pain) is not used then there is the real risk that someone will die or have life-changing injuries’, and that ‘staff will continue to be trained to use them in self-defence or to prevent serious injury or death to others’.

This is a highly emotive issue and I know some people will be disappointed that the use of pain inducing techniques will not be entirely outlawed in the secure estate – staff will continue to be trained to use them in self-defence or to prevent serious injury or death to others.

Frances Crook, chief executive of the Howard League for Penal Reform, called the report ‘a welcome start’. ‘It has been too long in coming, but it makes some sensible recommendations, which have been accepted by the government,’ she said; adding that there is ‘more work to be done’.

Pain techniques in these contexts are ‘techniques which are deliberately designed to cause pain to a child’, such as putting pressure on the jawbone causing a sharp burst of pain, pressing the hand downwards or pressing the thumb joint down and inwards. The MMPR (Minimising and Managing Physical Restraint) training allows the use of these three techniques on under-18s in certain Young Offenders Institutions and Secure Training Centres, and sometimes in transporting them between institutions.

MMPR allows the use of pain where there is ‘an immediate risk of serious harm’, however it does not give a definition of what this means. The guide was developed as part of the response to an independent review of physical restraint sparked by the deaths of Gareth Myatt and Adam Rickwood in 2007.

‘We need to see the detail of the legal protections which will be put in place to ensure pain-inducing restraint is genuinely prohibited, and that any emergency, self-defence use of pain complies with common law and the UK’s children’s human rights obligations. There have been many in senior positions over the years who have sought to justify the inclusion of pain-inducing restraint in the MMPR system, and the programme that preceded it. I hope they will take this opportunity to reflect on why it has taken so long for detained children to be given, at least on paper, the same protection from these brutal techniques as their peers in health and social care settings.’
Carolyne Willow, Article 39’s director

Taylor stated in the review that inclusion of painful techniques in the MMPR ‘places the use of pain-inducing techniques on a spectrum that makes it an acceptable and normal response rather than what [it] should be, the absolute exception’.

The government has accepted in part or in full all 15 recommendations made by the Taylor review. Taylor said that ‘urgent action’ must be taken, recommending that the MMPR training programme should be amended to remove the use of pain-inducing techniques from its syllabus, and pain should not be permitted to be used to end long restraints but YOI and STC staff should be allowed to use them to prevent ‘serious physical harm’. Officers ought to get better training in good behaviour management, relationship building and ‘breakaway techniques’. The review also recommended that an independent restraint and behaviour panel should be created, to consider practice and review incidents, and that children should be involved more in the management of restraint incidents.