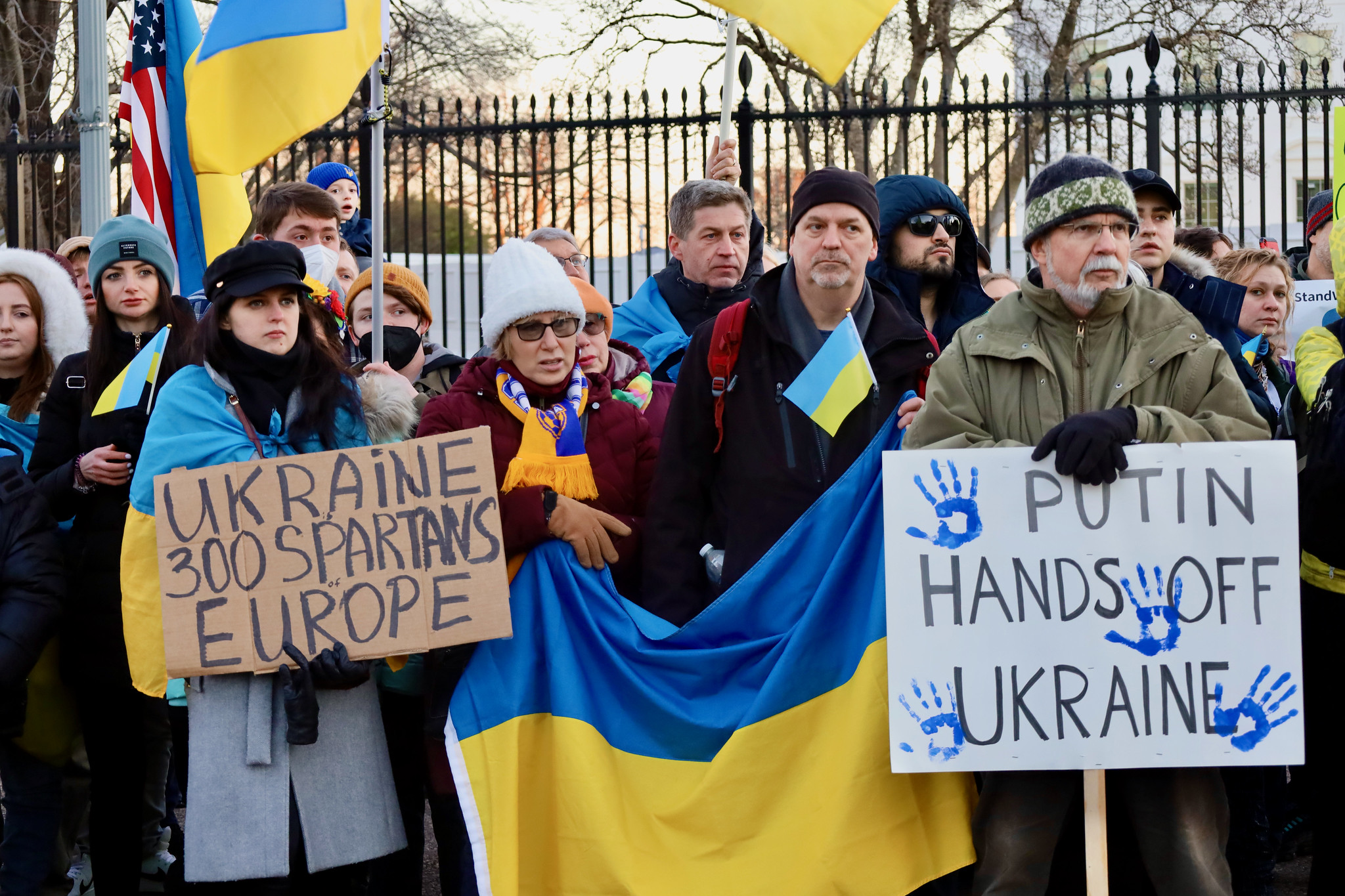 Russia’s tanks now roll down Kyiv’s boulevards, the thud of artillery echoes around one of Europe’s most beautiful cities, and Ukraine’s citizens flee to the precarious safety of its western regions. This is an egregious breach of international law.  Putin’s actions violate both the UN Charter and the foundational (or ius cogens) norms that govern state conduct. But this doesn’t mean that international law has failed, or that it is somehow pointless, despite what some commentators and lawyers may say.  It is not the law that has failed, but its enforcers.

The enforcement of war – and the conditions that make waging it just – has always been a human concern. St Augustine of Hippo was one of the earliest Christian thinkers on the nature of war, writing on just war in the 400s, and his ideas were refined by St Thomas Aquinas some eight hundred years later. Aquinas’ criteria for a just war are usually reduced to three elements: declared by states alone, because of a just cause, and with good intent. But the notion of a just war was not the preserve of the west, or of Christianity.  In the Epic of Gilgamesh, one of the earliest recorded stories, the murder of a defeated enemy is looked upon unfavourably by the gods, with his death seen as  unnecessary for victory. Underlying almost all this early thought is the idea that war should only be fought to restore peace. As Augustine wrote, ‘war [is] only what necessity demands’.

America, the UK and other western states have not done themselves any favours here.  Ever since the UN Charter came into force, western liberal democracies have strained at the leash, pushing at the limits of what constitutes ‘lawful force’ and of what necessity truly demands. The expansion of self-defence to include pre-emptive strikes was perhaps just about legitimate, but if anything shattered the idea that western states have real respect for international law, it was America and its allies’ invasion of Iraq. References to this invasion are scattered throughout the rambling speech Putin delivered before launching Russia’s invasion of Ukraine, while the threat from NATO – thought by many to be Putin’s greatest concern – only warrants a late mention.

In the case of our involvement in Iraq and other western nations, there may have been some good intent, but on this occasion Putin is right. No matter how much the west wished to improve the lives of Iraqis, this alone was not enough to justify putting western boots on the ground. Saddam Hussein may have been a brutal dictator, but he was no different to any other run of the mill despot – including those ruling ‘friendly’ countries, like Saudi Arabia. Yet it was Iraq that was chosen for invasion. Legislators who voted for military force may point to their genuine fear that Iraq was stockpiling weapons of mass destruction, even if Bush and Blair should have known – or knew – otherwise.

But at least western states made some effort to prove that the invasion of Iraq scraped over the bar of legitimacy. Putin has sailed right through it. He has spoken of the need for Ukraine  to be ‘denazified’ – Godwin’s law turned real with dismal consequences – and the Ukrainian people returned to the rightful governance of Moscow. Other than pointing to the hypocrisy of the west, there has been almost no sophistry, no real attempt to show that on some base level, international law has been adhered to. Instead, Putin has behaved exactly like the oligarchs he has enriched. He wants, he points, he gets.

International law is not at fault here. There is no question of its legitimacy and of its authority. When history comes to judge Putin’s callous destruction of Ukrainian lives, he will be condemned to the same circle of Hell as Stalin, Lenin and the other Russian despots who preceded him. Perhaps this is what he wants – after all, these names reverberate more than say, a Gorbachev or a Khrushchev. But a desire to be renowned in the annals of history does nothing but emphasise the illegality of Putin’s war-mongering.

Fault instead lies with the failure of the international order to enforce its rules. It is not as if this is Putin’s first rodeo. He has long been strolling well beyond the boundaries of state legitimacy, and not only in Russia. Whether it be the seizure of Crimea, cyberattacks during the South Korean Olympics, or the attempted assassination of the Skripals – to say nothing of the poisoning of his most effective political rival, Aleksei Navalny – Putin’s rap sheet is hardly immaculate.  All of these breaches of international law could and should have been met with western punishment. But Putin has barely had his knuckles rapped. His oligarchs still bestride the world, Ozymandias’ still waiting to discover if they will one day too become colossal wrecks. Russian money pours into western banks, with London rightly earning the sobriquet Londongrad, and even now the West still dithers over whether to cut Russia off from SWIFT, the international banking system. The fear of what the consequences would mean for the punishers, whether it be the inflation of oil prices or the loss of Russian money, have always held the whip hand back.

In the case of Putin, lessons were not learned from history. Instead of recognising that despots’ ambitions have never shrunk in the face of passivity, the West hoped that in the case of Putin, they perhaps would. The people of Ukraine are now suffering the consequences of this naivety and inertia. But it is not only on the international front that there are lessons to be learned from this failure to uphold the law, but on the domestic front as well. Much like how Putin’s incursions into illegality have been tolerated, so too have actions of some domestic governments.  In the UK, the courts have been loath to act other than in extremis, letting the government strip away citizenship and check other crucial rights, while in America, the insurgents who besieged the capital last year and their supporters in the media have encountered little resistance, and now there are articles in the Harvard Law Review questioning if elections have to be held for the presidency. Even in Canada, a supposed liberal hegemon, intolerance towards those opposed to vaccines led to the brief use of draconian emergency powers by Justin Trudeau.

If our global leaders won’t apply these lessons on the world stage, perhaps they, and those who also hold positions of authority at home, will begin to do so domestically. Putin has showed us once more that appeasement does nothing but embolden those who would break the rules. This is a principle that applies as much at home as it does abroad.