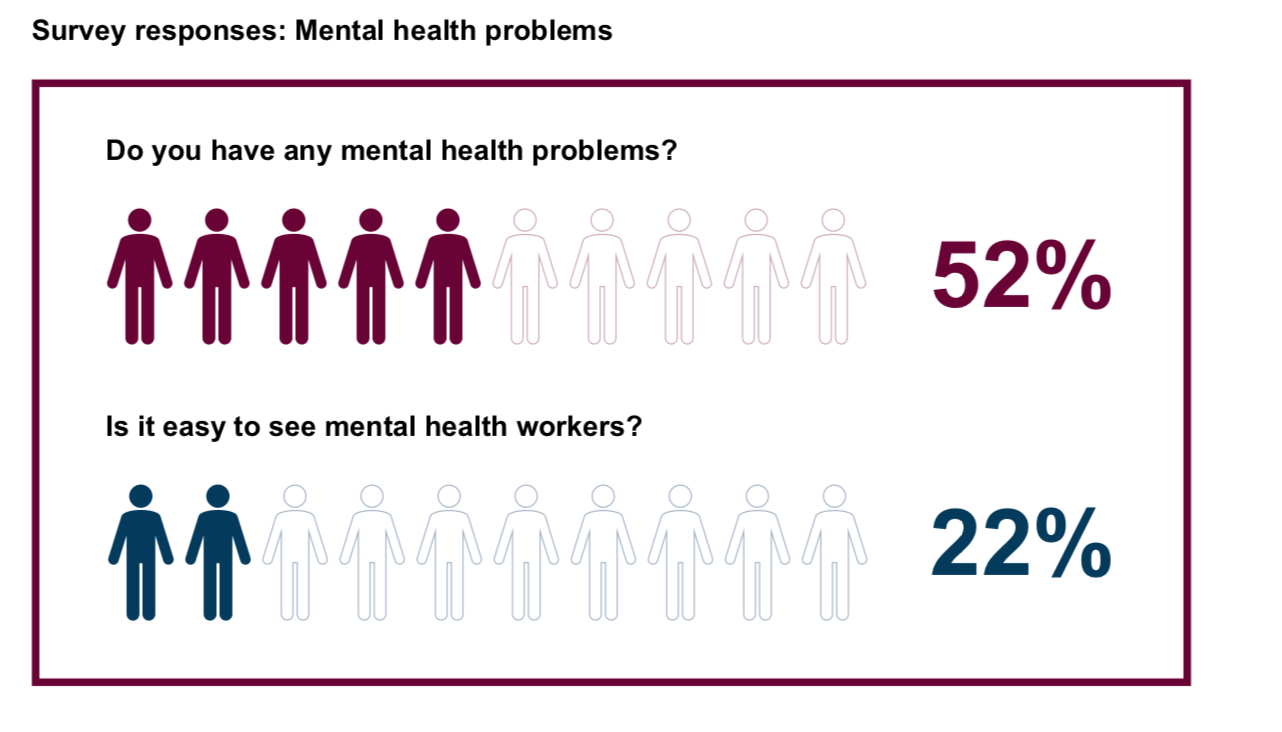 Prisoners were feeling ‘drained, despondent, depleted, helpless and without hope’, reported prison inspectors in their latest annual report which covers the year of Covid-19. As a result of lockdown restrictions and with prisoners typically spending 22.5 hours a day in their cells, inspectors revealed that violence in men’s prisons fell by 35% between December 2019 and December 2020. However Chief Inspector Charlie Taylor warned ministers of the ‘danger of learning the wrong lesson’ from the pandemic by assuming that the solution to prison violence was to ‘isolate prisoners from each other’. ‘Violence may have been suppressed by locking people up for almost all of the day, but its underlying causes have not gone away and continuing severe lock-up cannot be the answer in a post-COVID-19 world,’ he added. 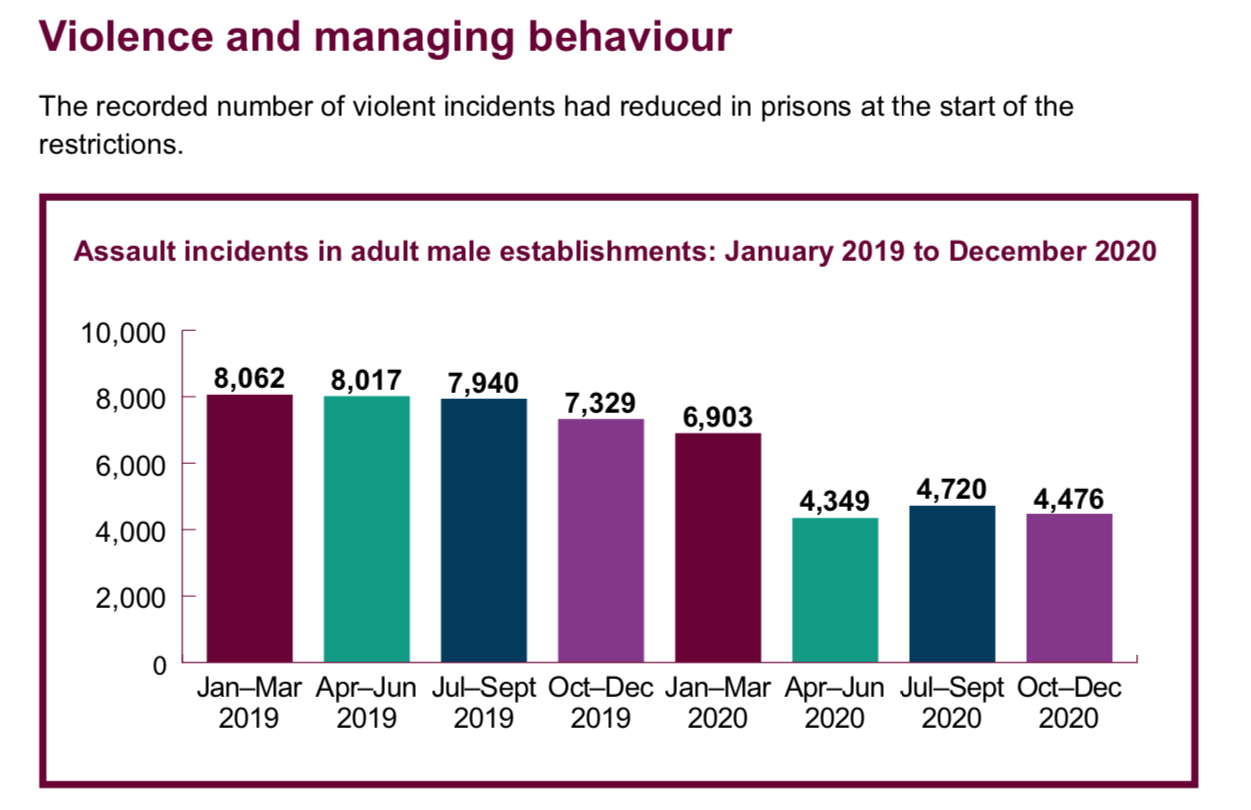 The inspectors said that ‘initial swift action’ by the prison service and government prevented the sorts of outbreaks in prisons in other countries. However,  it noted that result was achieved at ‘significant cost’ to the welfare and progression of prisoners ‘most of whom have spent the pandemic locked in their cells for 22.5 hours a day’.

‘Prisoners felt drained and depleted, lacked hope for the future, and were despondent and sometimes resentful of restrictions they no longer saw as legitimate,’ the report said. ‘Contact with family and friends had been drastically reduced and they had too little time out of cell to seek meaningful support from their peers or staff. We were concerned that the cumulative effect of the restrictions on their well-being was likely to be significant and far-reaching.’

Inspectors interviewed more than 70 men, women and children across six prisons and most had spent the pandemic locked in their cells for 22.5 hours a day. ‘For many this has meant living their lives in a small cell that has limited ventilation, a toilet that may or may not have a curtain in front of it, a television and a cell mate,’ it continued. ‘In the short time that they are let out each day, prisoners need to scramble to have a shower, make a phone call and get some fresh air.’ The situation was even worse for prisoners in quarantine or those isolating with symptoms with some spending just 20 minutes out of their cell a day. The report cited the example of one prisoner in isolation was allowed out of his cell once a week for a 15-minute shower. Over half of prisoners told inspectors they had mental health problems (52%) but less than a quarter said it was easy to see mental health workers (22%).

While self-harm in male prisons had generally fallen, it increased by 13% among women in prison, particularly in the early months of the pandemic. Taylor said: ‘Women’s lack of contact with the outside world had led to extreme frustration and many had not seen their children for many months.’

For the first time, inspectors reported short-term holding facilities for immigration detainees run by Border Force. ‘The Home Office had not notified us of the location of all facilities, as it should on an ongoing basis, and the list of locations it provided ahead of the inspection was amended several times before and during our visits,’ the report noted. ‘Border Force was not able to provide us with comprehensive data on the number of detainees or the length of time they had spent in detention.’

They inspected provision for those who had recently arrived in Dover on small boats and reported ‘a general failure to plan’ for the ‘predictable’ increase in arrivals. ‘The facilities at Tug Haven looked more like a building site than a place to look after vulnerable migrants,’ it said. Taylor described rising the controversial Napier barracks in Kent and recorded being ‘shocked as much by the shambolic governance and haphazard commissioning of the site by the Home Office as I was by the totally unsuitable accommodation’. As he noted the site was opened in September 2020 ‘without proper planning, or the endorsement of Public Health England or the Crown Premises Fire Safety Inspectorate’. ‘Flimsy partitions had been built between the beds where up to 28 men were sleeping in former barrack houses, but these were no protection against either noise or the virus and it was no surprise that there had been an outbreak of COVID-19 at Napier,’ he said.

Prison inspectors warn against use of a controversial pepper…
Prisoners waiting for more than two months for routine GP…
More than half of prisoners at Belmarsh spent 23 hours a day…
HMP Winchester: 'no meaningful progress’ at troubled prison
Prisoner goes seven months without shower at HMP…