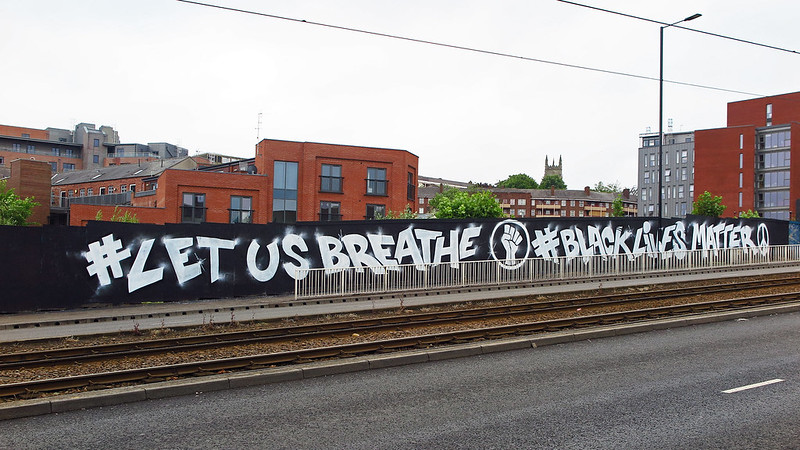 Police forces should adopt an ‘explain or reform’ approach to race disparities in their use of powers such as stop and search, the deployment of Taser and other types of force, according to proposals published by two leading police groups which this apologised for racism within forces. The Police Race Action Plan, has been developed jointly by the National Police Chiefs’ Council and the College of Policing, proposes that oversight should include scrutiny of body-worn video footage of police interaction with Black people.

The report’s authors acknowledge that Black people have significant lower than average rates of confidence in the police, 64% compared with an average of 74%, and powers like stop and search and use of force are ‘disproportionately’ applied to Black people. The report flags data showing that Black people are almost nine times more likely to be stopped and searched than White people and the rate at which force was used was five times higher for Black people. ‘Policing lags behind almost every part of the public service as an employer of choice for Black people,’’ they noted; adding that just 1.3% of police officers are Black, compared to 3.5% of the wider population and, so far, only been two Black officers have reached the ranks of Chief Constable or Assistant Commissioner.

‘The relationship between policing and Black communities has been damaged,’ the report agues. ‘The overt racism many of the Windrush generation experienced included policing. The Scarman report, following the 1981 riots across England’s major cities, identified the harmful impact of policing on Black Britain. Stephen Lawrence’s murder in London in 1993 and the 1998 Stephen Lawrence Inquiry by Sir William Macpherson were watershed moments in facing up to racism in policing. The IOPC Operation Hotton report (nine linked independent investigations into Met officers mainly based at Charing Cross) shows the reality that racism still exists in policing.’

Key actions as set out in the plan include mandatory training for all officers and staff to increase the understanding of ‘racism, anti-racism, Black history, and its connection to policing through introduction of a mandatory programme of training for all police officers and staff’; reducing racial disparities in misconduct and complaints processes; trialling methods for better enabling Black people to have their voices heard and to raise concerns; increased action to address the criminal exploitation of young Black men; improving police response to missing persons from Black communities; and introducing a national standard across all recruitment and promotion processes to minimise disparities.

In the report’s foreword, Sir David Thompson, West Midlands Police chief constable and vice chair of the Chief Constables Council and Chief Constable Andy Marsh, chief executive officer of the College of Policing wrote that countries around the world were ‘rocked by the outpouring of emotion’ following the murder of George Floyd’ in 2020.

‘This was the same in the UK. Although this was a wider expression against societal injustice, it was about policing,’ they continue. The co-authors accept that policing ‘still contains racism, discrimination and bias’. ‘We are ashamed of those truths, we apologise for them and we are determined to change them,’ they say. ‘We have much to do to secure the confidence of Black people, including our own staff, and improve their experience of policing – and we will.’ They described the need for change as ‘evident’. ‘Policing lags behind almost every
part of the public service as an employer of choice for Black people,’ they write. ‘Confidence levels are much lower, and our powers are disproportionately applied to Black people. In some crimes, victimisation rates are higher. Black officers and staff leave policing earlier in their careers than White staff and the fact we have only seen two Black officers reach chief constable or assistant commissioner rank in policing’s history is a failure.’

According two the plan, the Independent Scrutiny and Oversight Board (ISOB), chaired by Barrister Abimbola Johnson, will have ‘a critical role in scrutinising the plan and its delivery’. ‘Data shows that sadly every aspect of policing produces or at the very least replicates racial disparities and racism: arrest; handcuffing; stop and search; strip searching; use of taser; remands in custody; and charging to name just a few,’ Johnson says. ‘When Black people are victims of criminality there have been unacceptable instances of them being let down and even actively harmed by the police who are meant to serve them. When Black people join the police, they fare worse than their White colleagues in terms of recruitment, disciplinary action, retention, and promotion.’