More than 213,000 children at risk of serious violence, according to new study

More than 213,000 children at risk of serious violence, according to new study 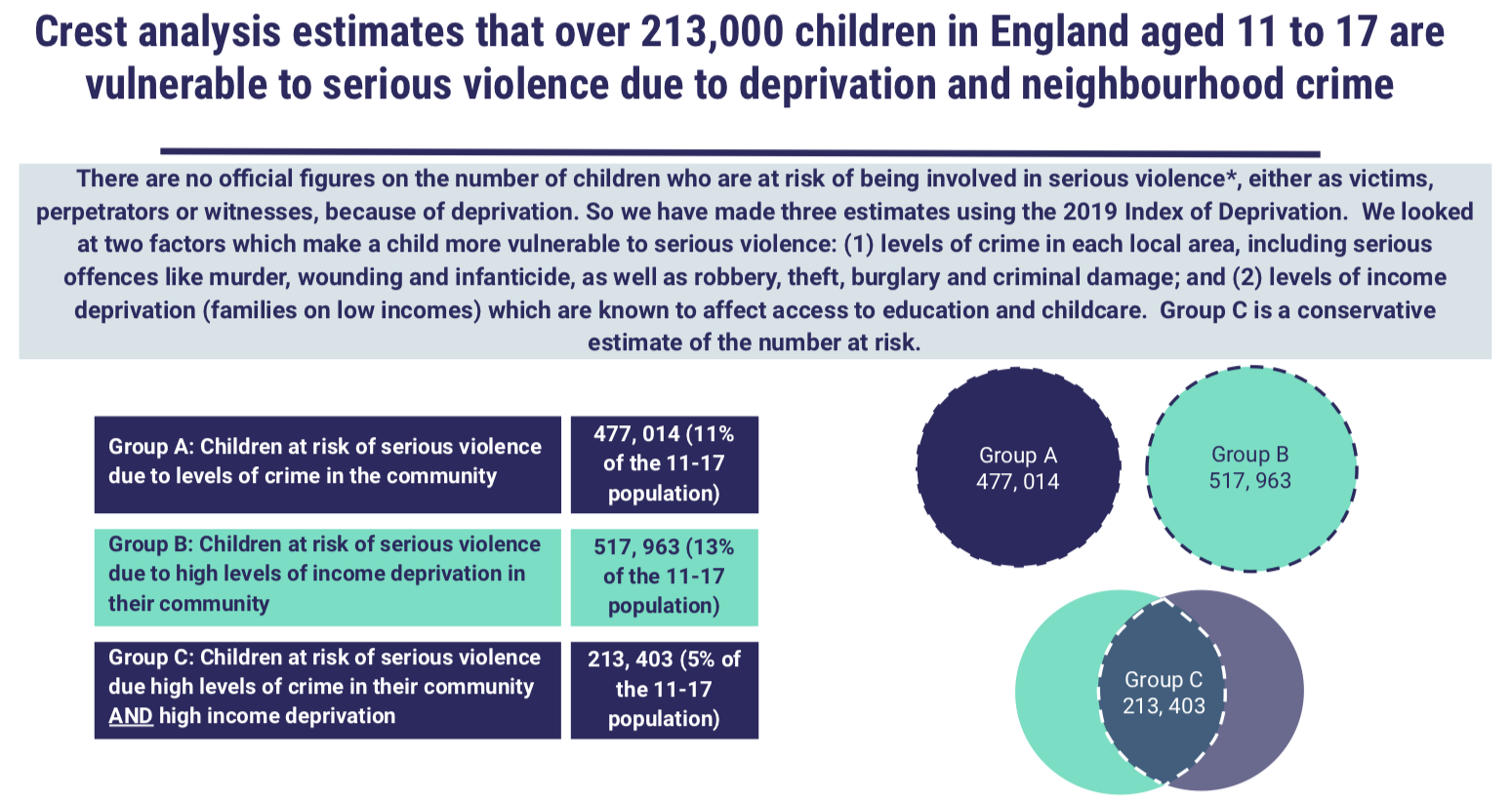 More than 213,000 children are at risk of being exposed to serious violence with almost four out of 10 living in ten local authority areas. According to a report by Crest Advisory, the local authorities with the highest proportion of children at risk of serious violence were predominately in the north of England, including Middlesbrough which was reckoned to have the highest proportion of children at risk (37% or 4,335 children), followed by Manchester (36% or 15,302) and North-East Lincolnshire (29% or with 3,751).

The report’s authors Sarah Kincaid, Jessica Lumley and Dr Molly Corlett explore the issue of vulnerability as a driver of serious violence amongst young people. The study looks at the backgrounds of a group of 57 young offenders and victims of serious violence to explore vulnerabilities that and seeks to ‘map connections’ with a technique known as Social Network Analysis.

Crest was given anonymised details about victims, witnesses and offenders involved in 18 serious incidents, including two murders and ten stabbings, and then mapped the connections, along with links to schools, colleges and young offender institutions. ‘All the 57 young people in the perpetrator group had previously been victims of violence. Moreover, many of them had serious mental health needs and many were not in education, employment, or training—critical protective factors against involvement in violence,’ Crest said.. 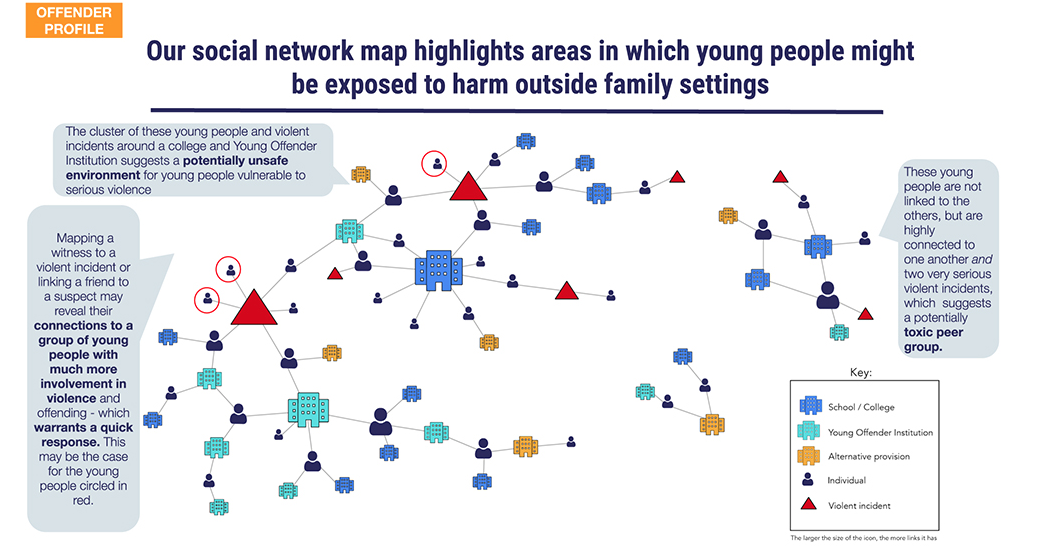 The report found that the police and other agencies lack specialist training in identifying and responding to trauma. The recommendation given was that trauma-informed training should be rolled out across law enforcement and other services who encounter perpetrators or victims of violence.

Other key findings from the report showed that schools struggle to manage behavioural problems, leading to exclusions and removal from education. The performance and funding systems for schools do not incentivise schools to use exclusions only as a last resort. The Timpson Review of School Exclusion, published in May 2019 recommended that schools should be made responsible for the outcomes of excluded children. Though the government accepted this recommendation of the Timpson Review, there have been no progress on the issue.

According to Crest, there are no figures on the number of children who are at risk of being involved in serious violence either as victims or perpetrators because of deprivation. The report’s authors arrive at their 213,000 figure by making three estimates using the 2019 Index of Deprivation looking at the levels of crime in each local area and the numbers of families on low incomes.

Harvey Redgrave, Crest Advisory’s Chief Executive, said that the ‘report reveals in stark terms why tackling serious violence cannot be seen as purely about policing’. ‘A growth in the number of vulnerable young children provides a ready supply of individuals at higher risk of being dragged into violence, whether as perpetrators or victims,’ he saud. ‘Government needs to focus on doing more to intervene early to tackle the root causes of violence, rather than simply reacting to its consequences.’

Study: Nine out of ten children in justice system…
One in five children living in hostels should be in…
Number of child arrests dropped 71% in last 10 years
Death of four month old reveals 'systematic issues'…
More than four out of 10 children in custody…