Ministry of Justice ‘besieged on all sides’ and without a grip on court backlog, say MPs

Ministry of Justice ‘besieged on all sides’ and without a grip on court backlog, say MPs 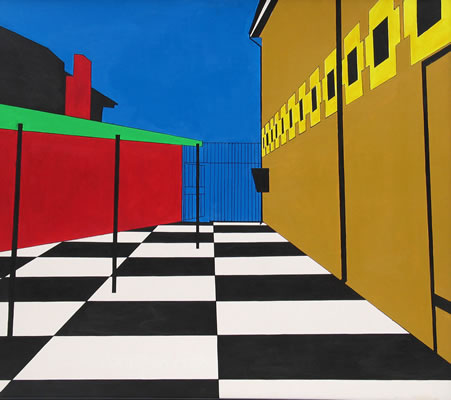 The Ministry of Justice (MoJ) was ‘besieged on all sides’ and lacked ‘a clear sense of prioritisation’, according to a report from MPs which revealed that the prison building program was threatened by an ‘eye-watering’ maintenance backlog of £1 billion.

In a highly critical report, the Public Accounts Committee set out key challenges facing the MoJ including a lack of plans to cope with the expected increase in demand as the government implements plans for 20,000 new police officers and sentencing reforms. ‘We have limited confidence in the ministry’s plans for reducing the backlog in the court system, particularly in criminal courts,’ the committee said. The backlog was growing before the pandemic and many organisations warned MPs that it ‘could take years to clear’ ‘But the Ministry and the court service could not tell us what level of outstanding caseload is, in their view, acceptable… . What is abundantly clear is the impact that delaying access to justice has on victims and witnesses, who in some cases find themselves waiting years to access justice.’

‘Victims and witnesses waiting in limbo because of the long waits for a day in court mean justice is too often being delayed to the point of being denied,’ commented Meg Hillier MP, the Public Accounts Committee’s chair. ‘The prison estate is creaking, and the new prison building programme is still years off completion. The promised extra 20,000 police will create more work for courts and prisons and put more pressure on an already severely overstretched system.”

‘Our justice system is besieged on all sides and it is not clear the MoJ has a firm grip on this challenge even with a desperately needed funding boost. This isn’t justice for victims, offenders, taxpayers or society,’ she added.

The committee claimed there was a risk that the Ministry was ‘overly relying’ on new technology to manage the increased demand in the courts ‘without yet having a clear understanding of how the rapid expansion of remote justice impacts on court users or justice outcomes’. The latest figures show more than 53,000 cases are waiting to come before Crown Courts. Some of these cases have been scheduled for 2022/23.

‘A decade of Conservative cuts to our justice system has left victims waiting years to get justice, if they get it at all, while serious criminals are being let off the hook,’ said Labour’s shadow justice secretary David Lammy. ‘Delays have reached an all-time high as prosecutions for serious crimes like rape have hit an all-time low.’

‘As this report highlights, ministers need to take urgent action to restore victims’ faith in the justice system which has been left teetering on the brink of collapse,’ Lammy continued.

The Public Accounts Committee raised concerns about the lockdown regimes in prisons during the pandemic which have significantly impacted the wellbeing and life chances of prisoners. As a result prisoners have been spending longer times in cells, family visits have stopped as well as education programmes and other purposeful activity which has exacerbated the existing mental health challenges that prisoners face. The report quoted prison data showing that during 2020, there were 67 self-inflicted deaths in custody, and 58,879 self-harm incidents in the 12 months to September 2020.

The latest spending review settlement included ‘a welcome boost’ of £4 billion in capital spending to support building new prisons but the committee noted ‘only £315 million set aside for maintaining the prison estate’. ‘With a maintenance backlog valued in November 2019 at nearly £1 billion, this is significantly below what is required to maintain decent, safe prison places,’ the committee said. It warned that there was a risk that without enough money to address resource pressures the newly capital funding ‘could end up being redirected to plug holes in the budget’.