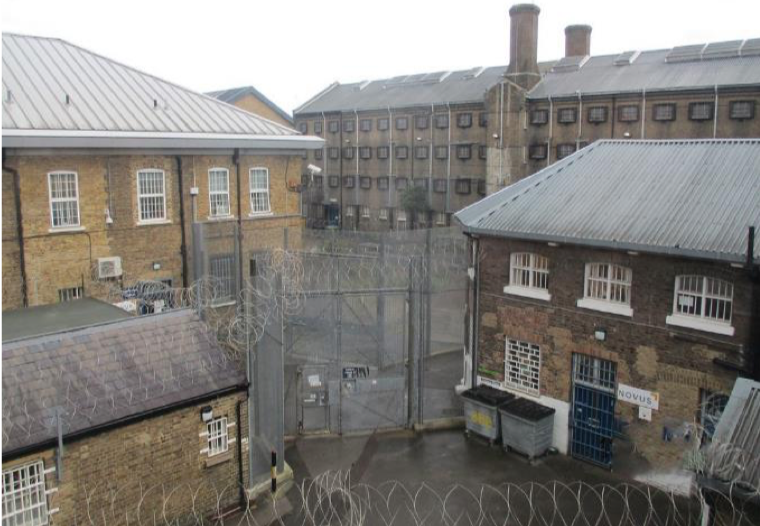 Prison inspectors have called HMP Brixton ‘a prison in trouble’ with prisoners ‘breaking the rules without challenge’ from staff who either ‘did not have high enough expectations or turned a blind eye’.  Staff-prisoner relationships were described as ‘dysfunctional’ and ‘[lacking] professional boundaries’, according to the latest inspection of the category C resettlement prison which has a normal capacity of 509 but was holding 720 men at the time of inspection.

‘Prisoners were free to vape around the jail, the dress code was not enforced, and some prisoners appeared to be permitted to spend much longer on the phone than others,’ wrote chief inspector Charlie Taylor. ‘It took inspectors a long time to walk from one end of a wing to the other because they were stopped by so many prisoners eager to express their exasperation with life at the prison and their inability to get the support they needed to complete their sentence and prepare for release,’ he continued.

Many prisoners shared ‘tiny, cramped, and dilapidated cells with inadequate furniture and graffiti on the walls’, inspectors found. It was reported that there were ‘not nearly enough activities’ for prisoners and, on G wing which holds vulnerable prisoners, there was ‘even less to do’. ’If this wing is to remain, leaders in the prison and at the prison service will have to give some serious thought to how they improve provision to this largely compliant but frustrated group of prisoners some of whom, if they are not given suitable support or access to treatment programmes, could pose a risk to the public when they are released.’

The report was published on the same day as a second on HMP Mount, a category C prison near Hemel Hempstead holding about 1,000 men and both found that most men were locked in their cells for 22 hours per day and more on weekends. The report highlighted officer shortages which had been a problem ‘well before’ the COVID-19 pandemic and, at the inspection, 40% of staff could not be deployed to operational duties. ‘As such, the regime remained severely restricted, and time out of cell was poor, with many men locked up for 22 hours a day.’

‘We found a prison that was deteriorating to the extent that in every healthy prison test the establishment was judged poor or not sufficiently good,’ Taylor wrote of their last 2018 visit. Inspectors reported no improvement in outcomes for respect and purposeful activity but an improvement in terms of safety, now reasonably good, and a ‘slight improvement’ in rehabilitation and release planning. However inspectors noted that  continued failure to deliver work and activities was ‘completely undermining’ the prison’s stated purpose as a training establishment. Inspectors pointed to staff shortages and noticed that a ‘significant percentage’ of new officers had resigned within their first year.

‘When someone is in trouble with the law, we should do all that we can to guide them away from crime,’ commented Andrew Neilson, director of campaigns at the Howard League for Penal Reform. ‘Locking them in a cell with nothing to do for hours on end is never going to help them turn their lives around. Brixton and The Mount are meant to be prisons that prepare people for life after release, but today’s reports reveal the gulf between this aspiration and the grim reality for those living behind bars.’