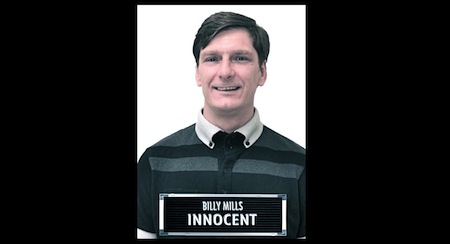 As Billy Mills stood on the steps of the Edinburgh Court of Criminal Appeal in March 2009, he was overcome with relief as the words of Lord Gill echoed in his ears: ‘There has been a miscarriage of justice. You are free to go.’ Charlie Mole and Lyndon Harris consider the fate of the wrongly convicted who have successfully overturned their appeals.

Elsewhere on the Justice Gap, you can read:

After spending a harrowing 14 months behind bars for the armed robbery of a Royal Bank of Scotland Branch in Glasgow, judges ruled that new DNA evidence had emerged linking the crime to serial robber Micheal Absolum clearing Mills’ name. He left court that day determined to rebuild his life.  Yet, three years later, the 45-year-old’s torment has left him unable to work and suffering from severe depression. His increasingly paranoid behaviour has also taken its toll on his family and he was forced to move from his home in central Glasgow, leaving Toni, his partner of more than 20 years, as well as his two teenage children.

Speaking quietly, nervously rubbing his hands, it is clear that despite his release from jail, Mills’ incarceration has had a profound effect on him. ‘When I left prison I thought I had left the cell behind,’ he says. ‘But my life is on hold, I feel trapped.

‘I am unable to sleep and need someone with me at all times. If the police look at me I get paranoid and have a panic attack. I have had to move out of the family home, away from my wife and two girls which has been heart-breaking, but it’s best for us all.’

Mills’ ordeal began on June 7, 2007 when he was woken at dawn by officers who burst into his house and arrested him for the armed robbery of a Royal Bank of Scotland Branch in Glasgow. He was tried, found guilty and sentenced to nine years in a high security prison. Incarcerated for 23 hours a day in a cold cramped cell, he struggled with the knowledge that he had been jailed for a crime he had not committed, discovering that those who maintain their innocence are provided with very little support.

Isolated
Whilst a prisoner who admits their guilt is assigned a Sentence Planning Officer, preparing them for reintegration into society with a slow progression through four categories of prison, those who maintain their innocence are offered no such structure. Isolated and alone, he says he felt helpless as staff and fellow prisoners alike refused to take his claim seriously, pressing him instead to admit his guilt. ‘You become a laughing stock if you maintain your innocence,’ says Mills through gritted teeth, still visibly pained to talk about his ordeal.  ‘They tried to persuade me to admit I was guilty, but when I explained I couldn’t, the prison officers weren’t interested so I was dropped.’

When his conviction was eventually quashed, Mills says he was offered no direct psychological support from the government and is still waiting to receive compensation from the state after his initial request was turned down.

With no where else to turn, and feeling increasingly desperate, he approached a small human rights group dedicated to supporting miscarriage of justice victims. Founded by Paddy Hill of the Birmingham Six, and human rights campaigner John McManus in 1993, the Miscarriages of Justice Organisation (MOJO) helps victims to re-learn key life-skills as well as supplying vital 24-hour emotional support.

Whilst the government-funded Miscarriages of Justice Support Service provides some practical assistance such as opening a bank account and registering for a doctor, there is no counseling and no specialist assessment of the victim’s needs.

Founding member John McManus, who has been with MOJO for 20 years, has campaigned for a fully-funded trauma centre to be set up to aid the reintegration process and offer a safe haven where victims can slowly learn to re-adapt to society after their time behind bars.

McManus says: ‘I always describe prison as a dark tunnel which you are in for years, your eyesight goes, and then suddenly there’s a little speck of light, that’s freedom. When you come out of the tunnel you’re suddenly blinded. I think that there needs to be an intermediary stage for these guys, similar to that offered to guilty prisoners due for release. At the moment they are simply released, and that is it: there is no structure in place for them to adapt to normality.’

He continues: ‘Because they are so vulnerable and in need of specialist care, often they will self-medicate with drink and drugs due to the lack of recognized support.’

MOJO
Operating from a small office in Glasgow, the charity relies on a dedicated team of staff, including unpaid volunteers, who work around the clock. One volunteer reckons that she worked around 100 hours a week: ‘If they need someone to talk to at 3am then I’m there, it isn’t simply a nine to five job,’ she says.

Over the past 20 years the organisation has helped countless victims, one of the most well known being Gerry Conlon who was wrongfully jailed for 15 years in 1975 for the Guildford pub bombings. Conlon, who most of his adult life behind bars, struggled to hold his life together after he was released, suffering drug and alcohol addiction as well as two nervous breakdowns, and like Mills, he too received no offer of psychological help from the government.

‘Nobody gives the kind of emotional support we need apart from MOJO,’ Conlon says. ‘After I was released I felt lost and alone and I just don’t know where I would be without them. It would be better if they kept us in prison. We need a system that helps us get back into society: you won’t ever recover from this unless you’re given help.’

Conlon, 56, was described by Professor Gordon Turnbull, the leading authority on Post Traumatic Stress Disorder, as amongst the 1% of most traumatised people he has ever met. In a recent report, Professor Turnbull likened the trauma that wrongly convicted prisoners such as Conlon and Mills undergo as worse than that of hostages or prisoners of war. He said in the report: ‘Those who have their convictions quashed will generally find reintegration into everyday life extremely difficult because they have been detained by legal means within their own countries, rather than by alien cultures.’

Professor Turnbull also recognises the need for a system of gradual transition from prison to freedom without which he believes the victims have little hope of returning to a normal life. ‘The re-entry process needs to be managed well and it needs to start at the time of release at the very latest,’ he reckons.

Standing 20 years apart, it is clear that in both the Mills and Conlon cases, not much has changed. Although limited support and compensation are available, the real emotional and psychological help that both men need to get their lives back on track is provided by a small and under-funded charity.

After years of trying to rebuild his life, Conlon admits that the pain of having his youth taken away from him as well as the knowledge that even today, men such as Mills are still being ignored, is hard to take.

‘I have come to accept that mistakes happen, it is part of the way our justice system works, however it is the fact that we have been abandoned and left without help that makes us feel betrayed,’ Mills said.

‘Whilst we need to accept that our justice system makes mistakes, we need to learn from those mistakes. I still can’t move on and find peace until I get some form of written ruling or compensation from the state. Until that day, I’ll feel like I’m in purgatory.’

Conlon now works alongside McManus in campaigning to help the wrongly convicted, travelling the world to help build the profile of the organisation that helped him when he needed it most. Conlon says:  ‘My vocation now is to stop what happened to me happening to someone else, that would be the best form of compensation. I have every faith that this system can change.’

Our print magazine is Proof. Contributors include Michael Mansfield QC, Bob Woffinden, David Rose, Eric Allison and Ian Cobain.
Buy Proof Magazine
The latest issue (Why legal aid matters) includes Helena Kennedy QC and Martha Spurrier in conversation, David Conn on the legacy of Hillsborough - plus how to build your own law centre.
Charlie Mole is an investigative journalist specialising in deaths in custody, police corruption and home affairs. He has recently completed an investigation into deaths in police custody at the Bureau of Investigative Journalism.

'Astonishing' that prisoners can serve sentence without…
Michael Weir: ‘the first convicted man to be convicted…
Reimagining the law: Transcribing injustice
Old and white prisoners most likely to be treated with…
More than half of prisoners at Belmarsh spent 23 hours a day…