‘Everything becomes microscopic under lockdown’: Prisoners in the pandemic

‘Everything becomes microscopic under lockdown’: Prisoners in the pandemic 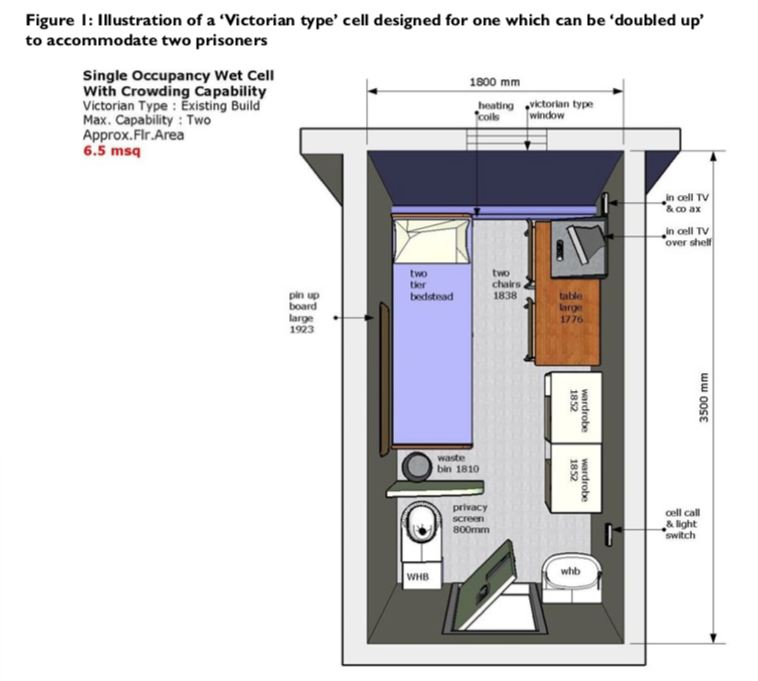 Most prisoners have been locked in their cells for up to 23 hours a day since the beginning of lockdown, according to one of two reports published yesterday documenting the overwhelmingly negative effect the COVID-19 pandemic has had on prisoners’ physical and mental health. The reports, produced by the Prison Reform Trust and the HM Inspectorate of Prisons, respectively found that the cumulative effect of COVID-19 restrictions on the well-being and rehabilitation of prisoners was likely to be significant and extensive.

The Prison Reform Trust highlighted that plight of prisoners held in cell all day except for an hour which, the group pointed out, amounted to prolonged solitary confinement – defined by the United Nations’ Nelson Mandela Rules as being over 22 hours a day without meaningful human contact, for a time period of in excess of 15 consecutive days (here). The Nelson Mandela Rules stipulate that any prolonged solitary confinement beyond 15 days constitutes as cruel, inhuman or degrading treatment and, effectively, torture.

One of the most widespread impacts of the prison service’s handling of the pandemic was on the mental health of prisoners. It is well documented that people in prison are more likely to suffer from mental health issues than those in the community, however pre-existing problems have been exacerbated and new issues triggered by the extremely limited regime prisoners now face. As prisoners have so little time outside of their cells every day, they have to make a choice between having a shower, using the telephone or going outside to exercise.

Charlie Taylor, HM Chief Inspector of Prisons, noted in his report that prisoners were ‘chronically bored and exhausted by spending hours locked in their cells. They described being drained, depleted, lacking in purpose and sometimes resigned to their situation. Some said they were using unhealthy coping strategies, including self-harm and drugs, while others reported using mundane routines to pass the time and cope with their confinement and associated anxieties.’

They frequently compared themselves to caged animals.’ One prisoner told inspectors: ‘It’s being imprisoned while you’re in prison’. ‘At the beginning you could put up with it because you had the mental strength… you wonder how much more you can actually tolerate,’ said another.

The lack of distraction ‘amplified trivial, minor incidents that would otherwise have quickly passed without comment’, inspectors reported. ‘Everything becomes microscopic under lockdown,’ said one woman. ‘Men described grudges brewing behind their cell doors. When prisoners were eventually unlocked for short periods, they said violence would often occur out of the sight of staff, in shower areas or in cells,’ the report stated. ‘Sometimes violence would still take place in front of staff, as prisoners seized what might be their only opportunity to encounter and attack their victim… . This violence, though less frequent, was sometimes more extreme.’

‘Cramped cells, often shared by two people, sometimes with an unscreened toilet and poor ventilation, predate the pandemic. The difference now was that prisoners who shared had virtually no privacy, while those in single cells suffered from prolonged isolation and a craving for social interaction. Not having enough time to complete basic daily tasks when they were unlocked added to the pressure and frustration.’
Charlie Taylor, HM Chief Inspector of Prisons

The reports document a variety of issues that prisoners have had in relation to their physical health. The Prison Reform Trust noted that across the categories of prison establishment routine health care appointments were being cancelled and important medication delayed. Healthcare could take hours to respond to urgent matters and referral to outside hospitals have often been treated as an obstructive last resort.

The pandemic has greatly reduced prisoner access to mental health in-reach services, making it difficult to seek out help, and there has been a significant rise in prisoners being placed on ACCTs (Assessment, Care in Custody and Teamwork), meaning that they have been identified as being at a risk of harm to themselves. Earlier in the week the Guardian reported that there were 15,615 prisoners put on ACCT during the first half of 2020, ‘only 10% less than the figure for the whole of 2010’.

Restrictions on family visits have also exacerbated the issue. In many prisons social and family visits have been severely restricted, if allowed at all, in the last ten months. The ramifications of this go beyond the prisoners own current mental state. As per current government guidance, “there is growing evidence that family support and maintaining family ties is not only important for the well-being of prisoners, but may also aid reintegration into the community following release from prison, and reduce reoffending.3”

Reducing the future reoffending of prisoners goes beyond maintaining family ties – however, the HM Inspectorate of Prisons has noted that it has now become more difficult than ever for prisoners to address their offending behaviour under the limited COVID-19 regime. Offending behaviour courses, which seek to rehabilitate prisoners by looking at their motives for offending, have all but stopped during the pandemic. This affects, amongst other things, prisoners being able to progress on their sentence, their own sense of their risk factors and what they can change in the future, and their possibility of being released by Parole Boards at all. Education classes and work or vocational training courses have also been stopped – again, hugely reducing prisoners chances of becoming pro-social members of the community after their release.

The reports noted that prisoners’ observation of staff not wearing masks or socially distancing has chipped away at their confidence in the system and the ability of HMPPS to keep them safe during the pandemic. The Prison Reform Trust, however, did also find that prisoners have also felt supported by empathetic staff, steps taken to ease contact with family members via telephone, and the care shown by health staff.

B had been recalled to prison in February 2020. After his arrival, he described sharing a cell with a succession of nine different cellmates during the period when the pandemic started and restrictions were introduced. He told us how anxious it made him feel to share his cell with so many different people in a short space of time, before later being allocated a single cell. ‘I was getting padmates, if they just sneezed, my paranoia would be like, what have you got? If they’d cough I’d think they’d got something, do you know what I mean? … you’re getting people who are in here and out, sniffing and coughing, in, out, on the street and it got to a stage when I was getting angry about it… At the same time, I’m watching on the news MPs and all that talking about if we don’t get a grip of this thing it could rise in prisons and ethnic minorities are more susceptible to it, I’m seeing all this going on at the same time thinking well bloody hell… I’m in a double cell, I’ve had nine padmates, do you know what I mean, what if I catch something, do you know what I mean, what’s going to happen to me, am I going to get ill?’

(from What happens to prisoners in a pandemic? A thematic review by HM Inspectorate of Prisons)

Up to 17,000 prisoners could spent significantly longer in…
Inmates at HMP Maidstone not received any contact since…
HMP Erlestoke: Prisoners held in cells without running water…
Lockdown regime at HMP Lewes 'inhumane', says watchdog
Self-harm rises in women’s prisons during pandemic