The Freedom of Information Act a policy introduced under Tony Blair’s Labour party in 2005 is looks set to be restricted under new Conservative proposals. The suggestion has sparked an outcry, with 76 organisations writing to the prime minister urging him to drop the plans.

The Act was brought in to make public bodies more transparent, with Tony Blair saying that: ‘Unnecessary secrecy in government leads to arrogance in government and defective policy decisions.’

But now politicians, including Blair, believe the Act is dangerous because journalists use it as ‘weapon’. In his memoirs Tony Blair commented that one of his biggest mistakes in government was not the Iraq war but rather the Freedom of Information Act. 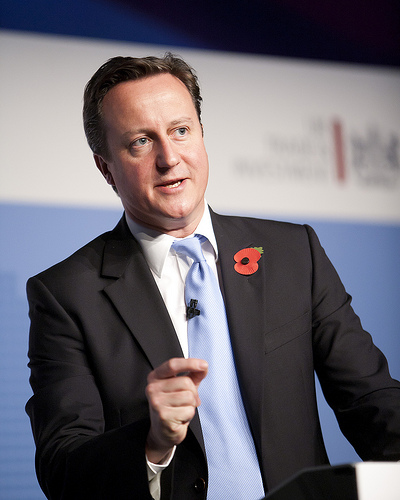 Calling himself an idiot he went further to say that what he failed to realise is that Labour would also have their, ‘skeletons rattling around the cupboard, and while they may be different, they would be just as repulsive’.

Thus David Cameron’s threat in October to curb the FOI Act may be unwelcome but is certainly not a shock. To curb the public’s ability to discover nasty skeletons would most certainly be a dream for every politician.

But with a general election on the horizon it would certainly seem foolish of Cameron to make such a bold move and block a form of honest communication between government and the public. So will Blair’s biggest regret be Cameron’s undoing?

How does it work?

The FOI Act gives a legal right of access to any piece of information held by most public authorities, there is no need to explain what the information is for or distinguish if you are media or ordinary public.

One of the biggest stories resulting from use of the Freedom of Information Act was the M.P’s expenses scandal, the resulting skeletons Blair referred to. Heather Brooke the journalist who would not take no for an answer, relentlessly pursued the facts to the bitter end and is now a FOI campaigner. Brooke believes that FOI is the one thing that does the most to ensure governments are working efficiently for the majority.

As it stands there are already various ways a body can refuse to give the information when there is a valid reason. They can say no in situations where the cost is more than £600 or £450 for smaller authorities and also in cases of Absolute and Qualified exemptions. However Cameron now proposes to place more limitations on the Act.

The government’s plans include a limit to groups or individuals from making too many requests where they become too ‘burdensome’.

Other limitations to the act were actually discussed back in November 2012 where the government announced its plan to make it easier for public bodies to refuse a request on cost grounds.

Suggestions surrounded lowering the limits on costs, which would lead to many more requests being refused and such proposals are still being considered.

Among other restrictions, the government is also proposing to allow more activities to be taken into account when calculating whether the limit has been reached. As well as this instead of only counting the cost of finding and extracting the information, it also wants to include the cost of considering whether or not to release it.

Campaigning organisations have said the moves go against political ambitions that Britain should be a world leader in openness. Stating that: ‘Many requests of substantial public interest would be refused under these proposals regardless of the benefits of disclosure. We hope that the government will mark that commitment by announcing that it will not be bringing forward proposals to restrict the Act.’

Cameron’s stated aim was to make Britain ‘the most open and transparent government in the world’. So these actions would go totally against such desire for openness. As it stands FOI holds many advantages, including the public being kept knowledgeable about the actions of its government and government officials being more aware of their actions.

In essence however the Act provides for accountability of elected and appointed officials to the public that they serve. We voted the government in and therefore we deserve to know and understand what they are doing and the decisions they are making.

So does Cameron’s desire to restrict the Act have any connection with Snowden’s revelations of large surveillance operations in society? If so it is a worrying move as public interest needs to be paramount at all times. Or is it much simpler than that? The FOI process costs an estimated £35m a year and includes many odd requests, such as how much toilet paper does Downing Street use or the number of eligible bachelors in Hampshire police.

But the positive outcomes of freedom of information do still outweigh the disadvantages. By watering it down with yet more get out clauses, the Act will become effectively useless for those who want to use it.

[Picture courtesy of Department for Business, Innovation and Skills]

Freedom of information: clearing houses, blacklists and the…
Government acknowledges FOI 'clearing house' but denies…
Police monitored Blair Peach's partner for almost three…
'What hope of the courts riding to the constitution's…
Women prostituted as teenagers to challenge the retention of…