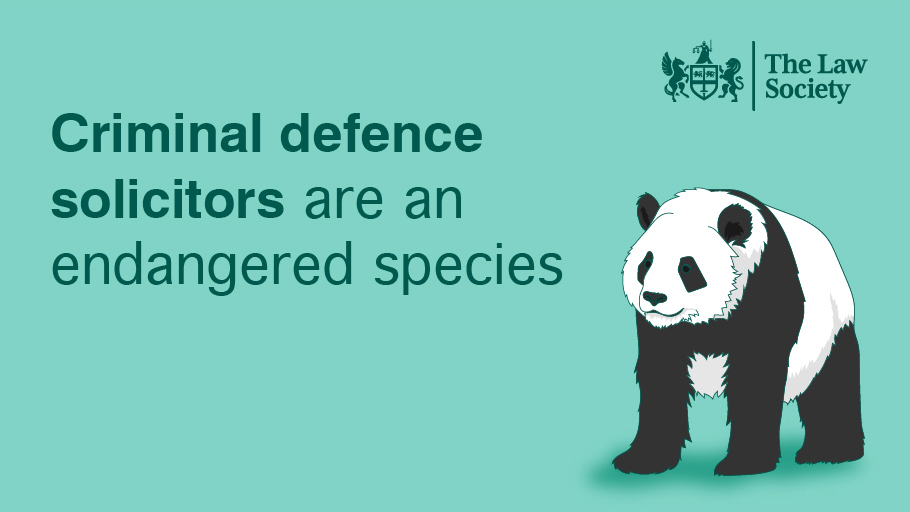 A government offer to the criminal defence profession of an estimated £50m has been dismissed as ‘crumbs off the table’ by the Law Society who claim that the packages unfairly weighed in favour of advocates over litigators.

Lord Chancellor Robert Buckland QC said the proposals were an ‘important first step towards reviewing sustainability in the long term, ensuring fair fees, and delivering value for the taxpayer’. Under the reforms, litigators and advocates would be paid the equivalent of 1.5 hours for up to three hours spent reviewing unused material disclosed to the defence.

‘From my own lengthy time at the criminal bar, where my defence practice overwhelmingly consisted of criminal legal aid cases, I know about the hard work, energy and commitment required to prepare and present cases in court, and to ensure that the client fully understands the process,’ wrote Buckland; adding that his proposals represented ‘an additional £32m-£50m for criminal legal aid’ with the additional funding ‘broadly split evenly’ between solicitor firms and barristers.

For those cases where more than three hours is spent, payment would be at hourly rates equivalent to the existing special preparation hourly rates for litigators and advocates. Advocates would be paid extra in cases involving an unusually high amount of evidence, based on pages of prosecution evidence.

The solicitors’ group argue that the reforms are not enough to secure ‘short term sustainability’ and notes that a number of firms have gone out of business over the last year. It reckons that the deal will be worth £12-21m to litigators (a 2 to 4% increase); compared to £20-£29 million for advocates (10 to 14%) which, it points out, is on top of a similar sum received last year. The CPS has been given an interim increase of 10% with the promise of further reviews. ‘There has also been a significant cash injection for the CPS, which is now recruiting hundreds of new lawyers, the vast majority of whom are leaving defence practice to take up these roles, and cannot be replaced,’ it adds,

This was ‘the first time in about 25 years’ that the Ministry of Justice has agreed to pay additional money to solicitors, wrote Richard Atkinson, co-chair of the Law Society’s criminal law committee. ‘Indeed, it is only 18 months since we fought off yet another £30 million cut via our judicial review. For that, the MoJ must be given some credit. But it is hardly surprising if a starving man reacts angrily when someone very precisely and deliberately doles but a single crumb to him.’

The situation was not been helped by ‘the fact that one of the three priority areas being looked at in the litigators’ scheme has not been able to proceed’, Atkinson said. ‘It had been expected that additional payments arising out of the attorney general’s review of disclosure would form part of this package. But publication of the findings of that review have been so far delayed. Nothing for solicitors there.’

Amanda Pinto QC, chair of the Bar Council,called the proposals ‘a modest, stop-gap improvement in specific areas of criminal defence fees’. ‘This is a welcome, first step, as the Lord Chancellor acknowledges, in recognising the crucial role of defence legal practitioners to the delivery of justice in an increasingly complex and onerous system,’ she said.

Law Society predicts 'market collapse' as one in 10 defence…
Review calls for £135m to save criminal legal aid and…
Where's the next generation of defence lawyers going to come…
Criminal barristers could pursue strike action over legal…
Perverse incentives: the strange economics of criminal legal…