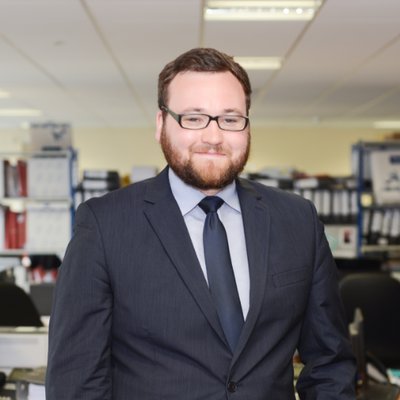 Overcrowding, squalid living conditions and sporadic access to medical treatment make prison dangerous at the best of times. Staring down the barrel of a global pandemic, the prison system’s stretched resources are more than likely to cause real harm to staff and offenders alike.

To keep people safe, it is all the more important that systems which see offenders being released into the community, like the Parole Board, are streamlined and operate as effectively as possible in the current crisis. To do so, effective remote hearings, embracing technological solutions, have to be adopted by the Parole Board and prison administration alike.

A rising death toll in prisons has been reported in the national media. By all accounts, the number of offenders testing positive for COVID-19 continues to rise. This is to be expected, offenders live in close proximity and have little agency over their level of contact with staff and prisoners. This is a perfect storm for the rapid spread of COVID-19 in the prison estate.

In March, the Prisoner’s Advice Service released a statement calling for the release of certain classes of offenders. The government subsequently announced plans to release low-risk offenders. Approximately 4,000 people are thought to fall into the category of individuals who may be eligible. There are obvious benefits to this course of action, at the very least it will reduce the number of cases that an overburdened prison service has to contend with.

There are however thousands of prisoners who do not qualify for the government’s proposed scheme. The work of the Parole Board is therefore central to ensuring that offenders are safely released from custody. The Parole Board operates as an independent quasi-court system. It is governed by its own rules of procedure in the Parole Board Rule 2019.

A creature of statute, the Parole Board’s function is to advise the Secretary of State for Justice on the suitability of the release of offenders into the community. Not all offenders are subject to a parole review, the majority of offenders are released at the halfway point of a determinate sentence.

The Parole Board reported that in its 2018/2019 financial year it had directed the release of almost 3,000 offenders. It was actively considering a caseload of 8,605 in March 2019 (here). With our prison population sitting at around 85,000 people, the Parole Board’s work affects a significant proportion of the prison estate.

Like all public services, the work of the Parole Board was affected by the current public health crisis. The prison service immediately limited non-essential visits to offenders. This was rapidly followed by a halt to visits from lawyers and legal professionals. As Parole Reviews are heard within a prison, this work to limit contact between prisons and the outside world rather pulled the rug out from under the feet of the Board.

To the Parole Board’s credit, there was a relatively swift response to the COVID-19 pandemic. Writing in his blog and InsideTime the newspaper for offenders, the CEO of the Parole Board Martin Jones outlined the response of the Board to the pandemic. The principal action which the Parole Board took was to (i) suspend face to face hearings; (ii) introduce an ‘intensive paper review’ system; and (iii) attempt to list extant oral hearings as video or telephone hearings.

Thousands of prisoners awaiting parole hearings have been warned that their release could be delayed due to coronavirus – as reported in Inside Time. The Parole Board suspended oral hearings in prisons on March 23 due to the health risks. In a letter to prisoners, the Parole Board states:

‘Unfortunately, due to the escalating Coronavirus pandemic, we have taken the decision to cancel face to face oral hearings, and so if your review was listed for an oral hearing it cannot now take place as planned. This is because we believe that the health and wellbeing of our members, staff and participants in the parole system must come first.’

The system proposed by the Parole Board was not without problems. For practitioners, it has become apparent that some prisons are unwilling, or unable to offer the mechanism for Parole Reviews to take place remotely. Indeed, some prisons have simply refused to facilitate remote hearings.

It is well-established that the Parole Board is under an Article 5(4) ECHR duty to facilitate a ‘speedy review’ of the detention of indeterminate sentence offenders ( See, R (Faulkner & Anor) v Parole Board for England and Wales & Anor [2013] UKSC 23). It is incumbent on the Parole Board, as the reviewing body, to ensure that offenders are offered a reasonable time-frame in which their continued detention will be considered. It is therefore all the more important that the work of the Parole Board continues uninterrupted, where possible. A failure to hold effective Parole Reviews inevitably prolongs the detention of people who might otherwise be at liberty.

A troubling question therefore arises where reviews do not take place because of the decisions of individual institutions. Who bears responsibility for the failure to facilitate an effective Parole Review. The outcome for the offender is the same, an extended period in the prison estate with rising rates of COVID-19 and an ever increasing chance of becoming seriously ill.

This phenomenon further shines a light on the grey area in which the Parole Board inhabits in the courts and tribunal system. The Parole Board has limited power to make any order compelling prisons to take any particular action. The most forceful directions from the Parole Board tend to be those which ask for disclosure of documents. However, this writer has seen such directions ignored or straightforwardly refused. Indeed, on one particularly memorable occasion, a direction that a particular police force disclose officers’ notebooks was met with a very firm ‘no’.

A similar impotency operates in requiring prisons to organise telephone or video hearings. Whilst the Parole Board can ask for remote hearing facilities to be used, realistically, this is all they can do. Prisons can, and are, simply saying ‘no’ when asked to facilitate a remote hearing. It is hard to see, in the case of indeterminate offenders, how the duty to speedily review an offender’s detention is being discharged. Parole Reviews clearly can take place remotely, the disinclination of a prison to arrange a remote hearing cannot be a good reason to not discharge the Article 5(4) ECHR duty.

One would think that prisons would be at the forefront of a push to use technology to hold Parole Reviews. A prison is ultimately responsible for the health and wellbeing of offenders within its walls. Whilst some prisons have been excellent, some institutions sadly lag behind. We can only guess at the reasons why some prisons are unwilling to offer remote hearing facilities. Regardless of the reasons, a failure to embrace innovative digital solutions to keep effective Parole Reviews running places offenders at risk and in particular, elderly offenders and those with underlying health conditions.

This unsatisfactory state of affairs likely requires a public law challenge to properly air where the duty lies. In the meantime, offenders will have hearings delayed, if prisons or the Parole Board do not have an effective system of making Parole hearings work. This can only place more pressure on an already overburdened prison estate. More offenders are more likely to contract and suffer with COVID-19. Some, as we have sadly seen, may not survive the ordeal.

UNJUST Podcast: Parole in a pandemic
Parole board could open to victims and press to…
Parole board hearings are to be held in public
Charles Bronson to challenge ban on parole boards…
Executive release, COVID-19 and parole