COVID-19: Do civil liberties matter in a public health emergency? 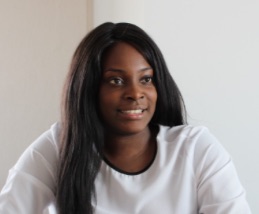 COVID-19: Do civil liberties matter in a public health emergency?

Whilst the country is busy focusing on its own response efforts during these unprecedented times, human rights lawyers and activists are urging the public to also keep a close eye on the state’s response, particularly when it comes to the wide powers of law enforcement now being deployed across the country.

With the most draconian laws since the Second World War, lawyers and activists have sounded alarms that the urgent and undeniable need for an emergency response may come at a cost.

Police forces across the country have already been accused of oppressive surveillance and overzealous policing. This article attempts to address the roots of those criticisms without taking away from the obvious need for serious emergency public health measures by our Government.

Some of the most talked about concerns on this topic have been the police response to the freedom of movement restrictions. It is now a criminal offence to leave your home without a ‘reasonable’ excuse. Among the list of 13 acceptable ‘reasonable’ excuses are: to seek medical assistance, to obtain basic necessities including food and medical supplies, and to avoid injury or illness or to escape a risk of harm, for example in a domestic violence context.

Anything outside the list may be deemed unlawful and can be met with an on-the-spot fine (or fixed penalty notice) of up to £60 (which doubles with each repeated offence up to a maximum of £960), an arrest, or a Magistrates’ Court summons which if contested could lead to a conviction and criminal record.

Given the seriousness of these measures, Cressida Dick, Commissioner of the Metropolitan Police Service reassured the public by making clear that the approach of officers is to ‘help, educate and encourage’ the public, insisting that fines and charges will only be used as a ‘last resort’.

Yet, within 48 hours of the new powers coming into effect, there have been multiple widespread reports of officers being ‘heavy handed’ when enforcing the rules.

On 28 March 2020 Warrington Police officers were criticised after a post on Twitter revealed that they had summonsed six people for various offences, including someone who ‘went out for a drive because they were bored’ and multiple people from the same household who were going out to reportedly buy “non-essential’ items.

In Leeds, a 13-year-old boy’s interaction with the police went viral after he was arrested in a park for refusing to give a police officer his name or address, a case which sparked international news coverage. Derbyshire Police force were also heavily criticised for using a drone to video-record and “shame” members of the public walking with members of their household in remote locations.

The police response to these mounting accusations has been to defend, defend, defend. On Tuesday this week, Ken Marsh, Head of the Metropolitan Police Federation told Good Morning Britain that:

‘What we’ve got to remember is, these are powers that we never imagined we would be asked to use, that’s the first thing…The second thing is that I would ask any of your critics who are rolling onto your show to complain about how we are behaving, to just walk in our steps for a few feet and understand what my colleagues are faced with. Because it’s unprecedented what’s going on out there. (here)’

It is very important that both sides of this matter are heard; after all the measures are understandably exceptional, arguably necessary and come at a time where there is heightened fear and uncertainty throughout the country. Ultimately, the real concerns arise over the extent of the new powers and the considerable scope for misuse.

Measures like this, in addition to being tough, need to be exercised with great caution. Particularly given the extent to which they interfere with our fundamental and hard won freedoms and especially given that the vast majority of the public have already willingly accepted significant limitations to their liberties in an effort curb the spread of Covid-19 and protect the NHS.

It is vital that the government, and all of us, take urgent steps to address the unprecedented pandemic that is wreaking havoc across the world; but it is also vital, particularly at such a time, that we do not allow the state to run roughshod over our civil liberties. It is not an ‘either or’ scenario; we can and should expect to have both.

Our print magazine is Proof. Contributors include Michael Mansfield QC, Bob Woffinden, David Rose, Eric Allison and Ian Cobain.
Buy Proof Magazine
The latest issue (Why legal aid matters) includes Helena Kennedy QC and Martha Spurrier in conversation, David Conn on the legacy of Hillsborough - plus how to build your own law centre.
Christina is a trainee solicitor at Bindmans Solicitors specialising in actions against the police