Coronavirus Bill: What happens when the crisis is over?

Coronavirus Bill: What happens when the crisis is over? 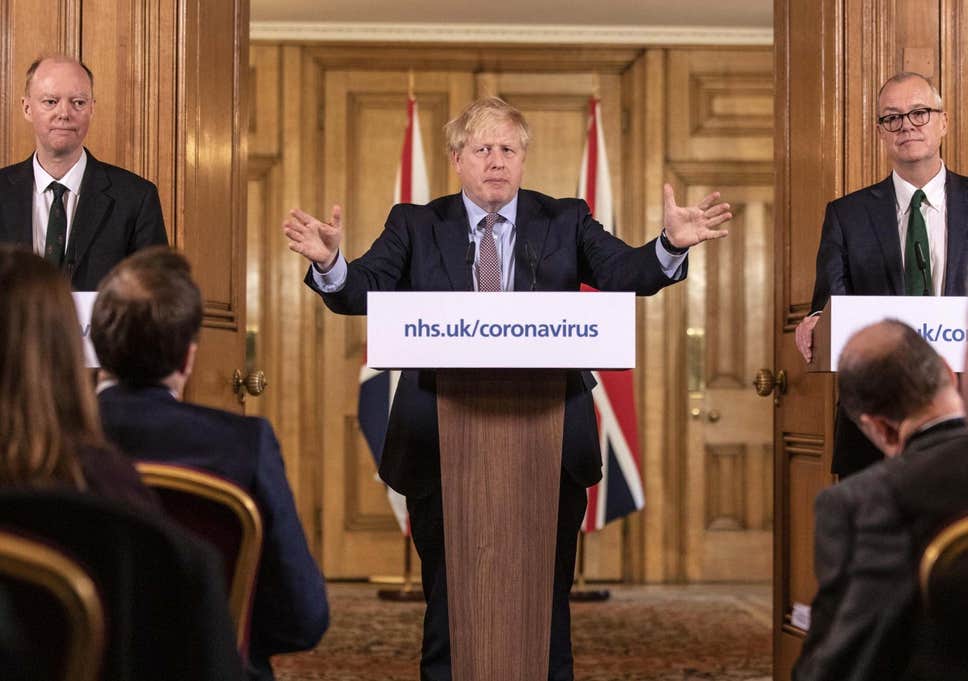 Appearing flanked with highly regarded scientific experts can do wonders for a prime minister’s approval rating, judging from the latest Ipsos Mori poll.  Doubtless this rise in approval is helped a little further by the fact that during a time of national crisis, people don’t want to believe decisions are being made by incompetents, and that someone has some idea of what they are doing.

While this faith is admirable – and necessary if we want people to follow the government’s advice to self-isolate – this resurgent faith in government does not mean we should give it a free pass.

As the Coronavirus Bill is debated, parliament must continue to fulfil its scrutinising role, not nodding through the legislation on the assumption that it is in the country’s best interests. In what may seem counter-intuitive to some, it is at times of emergency that governments require the greatest scrutiny, a watchful eye being cast over their attempts to gift themselves powers that they merely desire, rather than truly need.

In the abstract, it can be difficult to evaluate whether something is truly necessary.  As we see Londoners continuing to mass in bars and cafes, going about their business in an almost ordinary manner, granting the government swingeing authoritarian powers may seem reasonable, and perhaps even essential.  Parliamentarians would do well to consider the way that the judiciary make decisions on the legality of human rights violations: looking at the proportionality of the act.  They should require the government to demonstrate that not only is its aim legitimate, but that it is achieving it effectively.  This means that not only does it meet its goal, but it does so in the least onerous way, with the government showing that it has carefully considered the consequences of violating the right against the benefits it is hoping to gain.

So far, this is not a standard that the government has consistently met. For those detained in immigration detention centres, detention has continued as normal, with their living conditions placing them at elevated risk of contracting and spreading the virus, and allowing it to rampage through the centres.  Given that such detention is only legal so long as the government can claim that their removal is imminent, continuing the use of immigration detention centres is not only morally bankrupt, but illegal. For obvious reasons, the prospect of any country willingly repatriating a citizen is, at present, nil.

The situation is similar for prisoners.  The Howard League’s reports have long deplored the unsanitary conditions rampant across the prison estate, with hot water and soap limited, and many inmates sharing cells not just with each other, but with their toilet.  To expect prisoners to remain safe and healthy at ordinary times is naively optimistic, but when a pandemic is raging, it is criminally negligent.

Nor is it legitimate for the government to claim that it is necessary for public protection, given that Iran and the United States – countries that have equally punitive prison regimes- have already begun to release thousands of prisoners, with Iran releasing 85,000 earlier this week, using tags and curfews to monitor prisoners released into the community.  Keeping non-violent offenders, particularly those coming to the end of their sentences, detained at this time seems hardly necessary, and certainly not fair, just or reasonable.

With the government already using its powers disproportionately, parliament should be wary of giving it any further powers, unchecked by institutions or time.  Of all the provisions within the Coronavirus Bill, most alarming is its duration, which grants the government such powers for two years.  This is in stark contrast to the Civil Contingencies Act, which would have empowered the government in much the same way as this bill, but with the caveat that the government would have frequently had to justify its need to retain such powers- an important check on the government, as I have written here.  With the government simultaneously claiming that it expects the worst of the virus to have been managed within twelve weeks, it seems reasonable to ask why it needs such extraordinary powers for a further ninety weeks. And parliament should do so.

Beyond this, the bill dramatically enhances the executive branch’s ability to arrest and detain people, with the police and immigration officers authorised to seize individuals and ‘keep them at suitable locations for screening and assessment’.  While the grant of such powers is clearly motivated by the desire to protect the public from those few who are clearly ill yet unwilling to act in the public good, there is little to ensure that the police use such powers with integrity.

As expansions in police power, like ‘stop and search’ have shown, such grants- even those with the very best of intentions- have a tentacular tendency, going beyond their intended purpose and remit.  In particular, there is a risk of discrimination and racial profiling, with Donald Trump and his politically transparent attempts to label the virus the ‘Chinese virus’ showing how public emergencies like this can inculcate and legitimise racism in the public arena.

While the bill empowers the physical authority of the state, it also expands its authority in the realm of information.  In 2016, the Investigatory Powers Act was passed, significantly enhancing the capacity of the state to intercept data, with such interception limited by the need for pre-emptive approval from an Investigatory Powers Commissioner, who had to have held high judicial office.  The Coronavirus bill strips away this requirement, instead permitting agencies to seek permission within three days of using the power- the virtual equivalent of shutting the stable door after the horse has bolted.

The government claims that such power is needed to ‘maintain [the security agencies’] ability to protect national security’, but this is how all infringements of civil liberty are justified.  There is nothing in the Act to explain how it is necessary, let alone reasonable, for the government to intrude in such a way. As the powers seized by Benjamin Netanyahu in Israel show, our data, if easily accessible, allows the government to have a near total knowledge of our lives- from where we live, to where we sleep, to where we eat.  For the moment, some Israeli’s may think that tracking the spread of Corona-19 via mobile data is a gift from the gods, an effective way of containing the virus and warning those who may have been exposed.  For this moment of protection, however, there may be a lifetime of regret, with the government discovering a sudden reticence to give such powers back once the pandemic has retreated.

The infringements on our civil liberties are legion within the Coronavirus bill, and for the moment, they may be crucial to stopping the spread of the coronavirus.  But to claim that such powers must exist for two years, and that they must be passed after a single day, is terrifying.  The government already has the means to act in drastic ways via the 2004 Act, and it could conceivably use the authority granted to it there until this legislation is passed, after the bill has received at least some semblance of proper scrutiny.  This government is one that has shown it has authoritarian tendencies, and some might suggest it is alarming that in the midst of a national crisis, Johnson has written a technically unnecessary piece of legislation, granting it all manner of powers, but with fewer checks and balances.  Such alarm seems particularly apposite given  that the Ireland, facing much the same situation, has drafted a bill that is only 20 pages long- a significant contrast to the 329 pages here.

That these powers may be necessary, for the moment, is undeniable.  But the crucial caveat is for the moment – parliament must ensure that when this crisis is over, the powers go back in the toolbox and aren’t just left, sitting unsupervised, on the government’s workbench.

State of emergency or political opportunity?
Freedom, reason and Covid-19
'One person's politics is another's law. It's not up to the…
Secrecy, corruption and cronyism
Heathrow and the attack on 'undemocratic judicial activism'