Community justice and the big society

Community justice and the big society 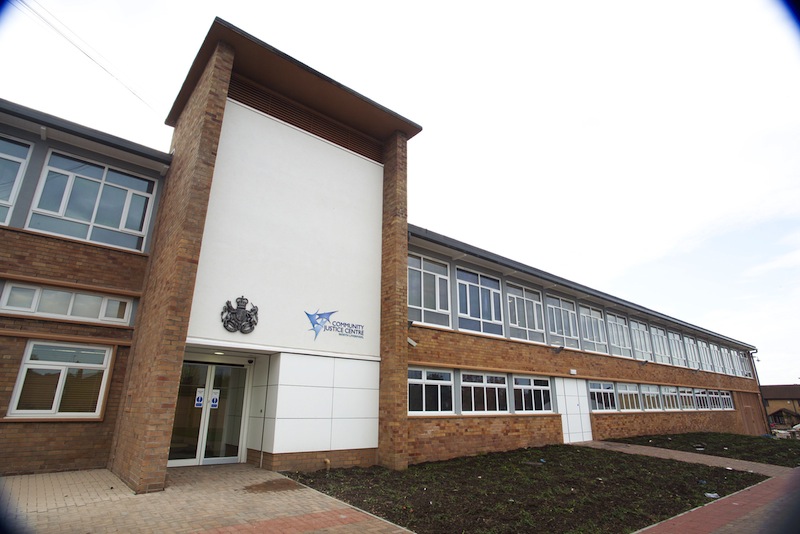 Based on the innovative Red Hook Community Justice Center in Brooklyn, New York, the North Liverpool Community Justice Centre was established in Liverpool in September 2005 to provide a ‘one-stop-shop’, incorporating criminal justice agencies and ‘problem solving’ multi-agency services to tackle offending behaviour within the area.

Presided over by a single judge, David Fletcher, it was anticipated that the court would provide more consistent sentencing and greater community engagement.

Within the last two years, two research studies have been undertaken to evaluate the court – the first in 2011 by Professor George Mair and Dr Matthew Millings, Doing Justice Locally and the second in July 2012 by Lucy Booth, Adam Altoft, Rachel Dubourg, Miguel Gonçalves and Catriona Mirrlees-Black on behalf of the Ministry of Justice (North Liverpool Community Justice Centre: Analysis of re-offending rates and efficiency of court processes).

Despite the positive factors of the community justice centre, the most recent concern however, has been associated with the apparent failure NLCJC has had on reoffending rates –s ee HERE.

Undertaking a research project such as those mentioned is not without its problems. The court covers four distinct and diverse wards of Liverpool – offending rates in each are different. There is also evidence to suggest that there were no clearly defined objectives set making effectiveness and success difficult to measure. What might be seen as effective by the public; might not be so by criminal justice agencies.

Both reports, highly informative in their own right, do acknowledge that there may be broader factors that fell outside the remits of each study that could impact on effective practice and re-offending rates – for example, a greater need to communicate with the community in terms of identifying how and by what means they would benefit from NLCJC. Fundamentally, it is often the most disenfranchised that find themselves before the courts and arguably most suspicious of agency interventions.

What needs to be considered within a broader conceptualisation of re-offending is the impact of swathing budget cuts across both statutory and non-statutory organisations that are in place to provide the ‘problem solving’ support.

This, in itself, has a major impact on the level and efficacy of packages that can be tailored to offenders with complex needs (for example, drug rehabilitation or anger management).

Liverpool has arguably been a major ‘victim’ of such budget constraints – a factor which must impact on recidivism.  Indeed, in March 2011, Judge Fletcher stated that extensive cuts to main services, in particular drug treatment centres, would severely impact on the level of rehabilitative and reintegrative disposals. This is particularly pertinent following the Ministry of Justice report that indicated that the highest proportion of the population presented before the centre did so as a result of drug related offences.

Furthermore, the very fractured nature of communities within Liverpool needs to be acknowledged. There is a juxtaposition between the older, often proud, working class generation, where work was almost guaranteed in the many manufacturing or dockland industries, with that of today’s generation, many of whom have never engaged in or had the opportunity to engage in employment.

Such differences have inevitably led to friction within and between communities. The four wards covered by the court are steeped in Irish and Catholic culture which are added dimensions that have to be considered when tailoring support.

It must also be acknowledged, from a criminological perspective, that public confidence in NLCJC has been somewhat hindered by a press that undertakes a very public ‘roll call’ of those individuals who find themselves in front of the judge.

The blame game
The Liverpool Echo, an acknowledged advocate of naming and shaming, fails to acknowledge the wider contexts in terms of the offender and their often chaotic lifestyles as well as the range of disposals administered by the court, with or without supportive assistance from specialist agencies. As a result of counter-productive reporting, there has been an erosion of public confidence of community based schemes.

It would appear common sense to acknowledge that there are a number of factors that impact on a person’s propensity to reoffend. A major factor in Liverpool, as in many other parts of the country, has been the swathe of budget cuts that impact on the most vulnerable in society that appear in the name of the ‘big society’. Surely a truly ‘big society’ would be one that encompasses the needs of all its citizens irrespective of which side of the law they may fall.

3 responses to “Community justice and the big society”