Children in prison: from punishment to protection

Children in prison: from punishment to protection 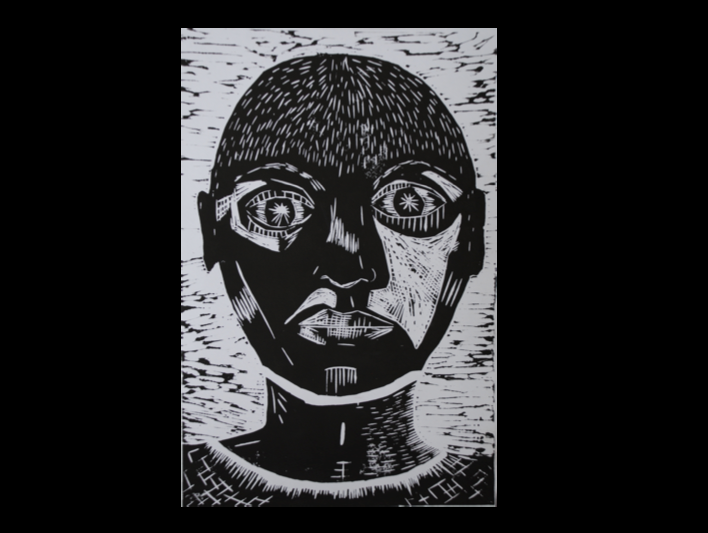 Young people in detention are amongst the most vulnerable groups in society in terms of accessing justice, writes Laura Janes.

They tend to have only come across criminal lawyers who may have limited knowledge of other types of law such as prison law or community care law. Young people in the criminal justice system tend to view the law as something that is there to punish them: they often remain unaware of their legal rights or potential legal remedies to problems they face. The Howard League for Penal Reform’s legal team works both to assist individual young people and to increase their awareness of the law as something that can protect them.

A child’s offending is usually the least of their problems. The evidence is that most children in prison come from backgrounds of chaos and abuse unchecked by knowledge of their legal rights and any positive intervention.

A joint report by Her Majesty’s Inspectorate of Prisons and the Youth Justice Board in 2011 (Children and young people in custody (2010 – 2011)) illustrates the vulnerability of the young people in YOIs that they surveyed. It found that one quarter of boys and nearly half of girls interviewed had been in the care of social services before entering custody. Almost nine out of 10 children had been excluded from school. Our experience is that most young people have low expectations of the law as a tool to help them with their problems.

Children in trouble
The Howard League for Penal Reform’s legal service was set up in response to the lack of legal expertise to deal with the many legal issues that confront the thousands of children we imprison every year. England and Wales has the highest rate of child detention with around 2,000 children in prison at any one time. Working with UR Boss, a youth participation project, the legal team provides an enhanced legal service to young people under 21. It is the only nationwide service dedicated to representing young people already in detention.

The Howard League’s legal team represents young people in a wide range of legal issues from parole applications and criminal appeals, but has developed an expertise in public law challenges to ensure children receive the care and support they are entitled to on release from prison.

Although the charity operates under a legal aid contract, it plays a much wider role in making sure that young people understand how the law operates. We do this through taking extra time to talk to our clients that many legal aid lawyers cannot afford to do, either using our free helpline or face to face. We also work with our youth participation team to both understand the key concerns of our client group and to roll out public legal education projects based on those concerns.

We have delivered training sessions to professionals including magistrates, Youth Offending Teams, staff in YOIs and STCs, as well as delivering pilot legal education sessions to children in YOIs. Through a range of articles and publications and casework, our legal team has shaped policy and best practice. Now, with the support of the Big Lottery funded youth participation project, U R Boss, we are building on this work through a comprehensive programme of public legal education.

Our first PLE project is a guide to resettlement law for practitioners working with children in the criminal justice system. A further child friendly summary is in progress.

From November 2008, to the end of March 2012, over a quarter of the 1,960 calls to the legal helpline related to problems with resettlement (26 per cent or 509 calls). The need for assistance with accommodation on release from prison is confirmed by Her Majesty’s Inspectorate of Prisons’ report on looked after children which found that a significant number of young people had not obtained early release because they had nowhere safe to be released to (HMIP, May 2011). We suspect that many children each year spend unnecessary time in prison for want of a safe place to be released to in direct contravention of the principle that children should spend the shortest possible period of time in detention (Article 37, United Nations Convention on the Rights of the Child).

No child in England and Wales should ever want for a safe and suitable place to live, as well as appropriate support. This is because we have a robust legal framework that requires local authorities to provide children who need it with accommodation and support. Failure to do so can be the subject of legal challenge. There is also a legal requirement for children to be consulted in plans for their resettlement. Despite this, a joint report by Her Majesty’s Inspectorate of Prisons and the Youth Justice Board, Children and young people in custody (2010-2011) found that less than half of young people told the inspectorate that they had had a say in what would happen to them on release.

This matches our experiences through casework. Our young clients generally remain unaware that they can use the law to resolve problems such as resettlement.

‘A’, 15 years old, contacted the Howard League through a children’s advocate. He had behaved well in custody and was told he could be released early from his secure children’s home in two days time provided that he had somewhere suitable to live. He could not go home to his dad as the local authority had obtained an Anti-Social Behaviour Order (ASBO) restricting his movements on the estate where his dad lived. In fact, he was in custody in part for breaching the ASBO after his foster care placement had broken down and the local authority had advised him to return to his dad’s address. We were able to write an urgent letter to the local authority reminding them of their legal duties. As a result, he was released to a children’s home.

Empowerment and justice
Few children in prison have any notion that public bodies, such as social services departments, can be held accountable when they break the law. Yet, once young people have experienced the law being used in this way, it is often possible to detect sense of empowerment and justice. In the course of representing young people, we have often witnessed that moment of realisation where a young person makes the link between the fact that he or she has been detained for breaking the law, so why should prison officers, social workers and other grown-ups be free to break the law?

Once young people understand the basic principle of the rule of law and that it is there to protect everyone, it is often possible to see a noticeable change in their attitude and outlook. Our clients’ sense of justice and dignity is often restored. We find that many young people have reflected back on their past through their new knowledge and commented on how they had no idea they could use the law to do anything about being left without support, witnessing and suffering extreme levels of violence in custody or being remanded to prison just because they had nowhere safe to live.

Once our clients understand the law can protect as well as punish, it is not unusual to see them adopt a new approach to the law and their relationship to it. I have had the privilege of watching clients develop in confidence as they begin to feel more in control of their lives. I have also been able to observe that release plans tend to be much more effective when a young person has been involved in decisions about their resettlement.

Education in custody
Young people who are detained often require legal help to challenge their treatment in prison. Lord Woolf recognised in his report on Prison Disturbances that ‘a prisoner… is peculiarly vulnerable to arbitrary and unlawful action… it is essential that prisoners have a number of avenues of redress open to them whereby the illegal exercise of power may be challenged’. Children are especially vulnerable to arbitrary and unlawful action precisely because they are less savvy about challenging unacceptable behaviour. Young people in prison do not have much control over their lives and their requests and complaints are often ignored or rejected.

While the vast majority of children in custody have been excluded from school in the community, most return to education in prison. Promoting children’s legal rights through education in custody is an opportunity to show that their legal rights are taken seriously and would be a positive step forward in developing a culture of mutual respect for the rule of law and ensuring rights have meaning.

David Cameron publicly declared his commitment to the rule of law in his speech to the Foreign Policy Centre in 2008 stating that this ‘profound expression explains almost everything you need to know about our country, our institutions, our history, our culture’. But for young people like my clients to benefit equally from the rule of law, they need to be informed about how the law can work for them. On top of this, if we do not take positive steps to help young people in prison to understand their legal rights we risk further alienating young people who are already disadvantaged and excluded.

The government itself expects its changes to legal aid will result in ‘reduced social cohesion with people failing to respect rules and regulations and refusing to comply with social norms and expectations, which could generate social costs’ (Legal Aid Reforms: Scope Changes Impact Assessment).

If children in prison are not helped to understand how the law can protect them as well as punish them, we cannot expect them to respect it.

The resettlement guide for practitioners working with children in the criminal justice system is electronically available and will be complemented by a comprehensive one day training course. A young person’s version of this guide will also be produced and made available online in 2013.