Can you kill a burglar? 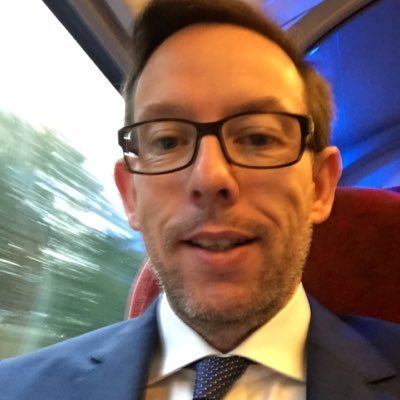 Can you kill a burglar?

Can you kill a burglar? A simple enough question, and one that regularly exercises the minds of politicians and the ruled alike. See here. To many, an Englishman’s home is his castle, bringing with it the right to ‘bid defiance’ to all those that seek to cross the threshold with malice. The answer, at least in a legal sense is somewhat more nuanced and dependent upon circumstance.

The law in relation to self-defence is a mix of both common law and statute. As lawyers we speak of self-defence and prevention of crime as two distinct legal issues, but for the purposes of this article we can conveniently just describe it as self defence. Self defence amounts to this (so far as defending yourself and your home from a burglar is concerned):

So, you can do what is reasonable in order to defend yourself, another, or your property. That sounds simple and sometimes is simple. So, if for example you discover a burglar climbing through the window trying to escape with your laptop it is difficult to see how you could be justified, in law at least, in shooting him dead. However, if you came down stairs in the dead of night to be confronted by a burglar armed with a knife, making threats against you, it would almost certainly be judged reasonable to punch the burglar to the ground in order to disarm him. The fact that the punch may have been harder than was in fact necessary to disarm the burglar, and resulted in a fractured jaw would be judged against the fact that you acted honestly and instinctively in determining, in a split second, what was necessary. What may not be as clear is what the result would be if faced by the same situation you shot the burglar in the head and killed him (would the jury for example believe that a more proportionate response might have been to try and disable him by shooting at his foot?).

So, there are clear-cut examples we can give and then there are grey areas, and it is these cases that excite media attention, often against a backdrop of immense public sympathy (for example the Tony Martin case from a few years ago).

Few things in life are clear-cut and we have to have a mechanism for resolving those issues and determining as best we can the truth about a situation that has arisen, and where there will very likely be no independent evidence to judge. That mechanism is the trial and it has served us well over the years. The Justice Secretary’s attempts to rebalance the law are laudable, just as a previous occupant of that post tried to do in 2008, but the 2008 attempt simply resulted in a rather clumsy and unnecessary restatement of very old common law principles. Will the present government do any better?

The proposals are contained in a bill currently before parliament and amount to little more than an unnecessary tidying up exercise. This piece of the proposal however is the one which grabbed media attention:

In deciding the question mentioned in subsection (3), a possibility that D could have retreated is to be considered (so far as relevant) as a factor to be taken into account, rather than as giving rise to a duty to retreat.

So, if there was a possibility that the householder could have retreated (i.e., run off to leave his house to be burgled) that does not preclude him staying and using reasonable force to defend himself, it is merely a factor to be borne in mind when judging whether any force used was reasonable. Well, that sounds a good development as most people would find it repugnant simply to have to surrender their home to the criminal, instead of being able to use reasonable force to defend it. But is that actually a change in law? In fact it is not, R v Innes [1971] 1 WLR 1600, adopted this test from another case:

A failure to retreat is only an element in the consideration upon which the reasonableness of an accused’s conduct is to be judged.

The reality is that we have to have limits on self-defence otherwise we simply have a system where you can kill a burglar as of right; in effect a reintroduction of the death penalty. I doubt many seriously want that.

Andrew Keogh is a barrister and editor of CrimeLine

Our print magazine is Proof. Contributors include Michael Mansfield QC, Bob Woffinden, David Rose, Eric Allison and Ian Cobain.
Buy Proof Magazine
The latest issue (Why legal aid matters) includes Helena Kennedy QC and Martha Spurrier in conversation, David Conn on the legacy of Hillsborough - plus how to build your own law centre.
Andrew Keogh is a barrister and editor of CrimeLine