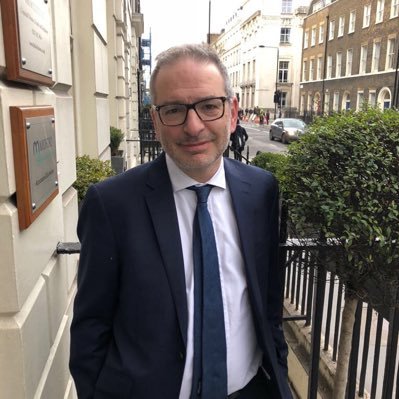 After two months, lockdown life may be wearing thin for many; but the novelty of remote criminal justice has only just begun. As social distancing became a way of life in the last ten days of March, the criminal justice system struggled to catch up.

Jury trials attracted the headlines at that time as the bizarre decision was made initially to continue only with those cases due to last up to five days, before abandoning them completely. While remote hearings were in place and the senior judiciary wrestled with the dilemma as to how to re-start Crown Court business, the Magistrates’ Courts were still struggling to launch the Cloud Video Platform. It was not until the seventh week of lockdown that this was officially launched. In the meantime defendants appearing in custody were at worst appearing without lawyers and, at best, being represented by lawyers who had to work in an impossibly unsafe and insanitary environment while observing social distancing.

With these measures now in place to cover all defendants appearing in custody, actual live attendances ought to be the exception. It is therefore disturbing to read the outcome of this survey of Magistrates’ Court Covid-19 experiences published in by Junior Barrister Sasha Queffurus here.

The legal community have long pushed back against video enabled justice and indeed in the past week Oliver Carter provided a stark warning of the perils of such a system and Penelope Gibbs’ experience demonstrates that the defendant on the screen is no substitute for the defendant in the dock.

Whist the national police protocol (here) was agreed upon within ten days of lockdown, it took another two weeks for the practice of video enabled justice to trickle down via teams, WhatsApp or even telephone in the police station. The police initially resistant are in many cases willing to ‘go with it’ yet bizarrely appearing to sit at close quarters with detainees as if an immunity wand is waved over anyone entering a police station. Again from a lawyer’s point of view it is not an ideal way to function, advise face-to-face to a suspect whom you have never met before is far from ideal. As Penelope Gibbs writes, the police are still arresting and interviewing for non serious offences which in the world of never-ending investigations, could wait until the risk of a second spike is abated.

I have a confession to make, and that is that in the current climate of appallingly low fees for travelling to and attending at police stations and magistrates court, conducting this work without having to wait on hard metal benches for hours at court or to be told that an interview is happening at 1AM only to find it is put back to 3AM, is a much less bitter pill to swallow when doing so from home. Two weekends ago I was in interview until 3AM, it was 4AM by the time the police decided to continue interviews in the morning and by 10AM I was back in the virtual interview room. I could never have worked this way with attendances in person. It has long been a gripe of mine that whilst police work shifts, we are expected to keep going, often working shifts of 18 hours or more. The lack of travel makes it more simple and cost effective to manage .

There is a real risk that as the inertia of remote working sets in, our reluctance to carry out hours unpaid travel coupled with HMCTS trumpeting the fast-track investment in remote justice will result in the emergency measures becoming permanent subject to tweaks. We are already aware of pilots being conducted whereby the larger firms are block booking court lists to ensure efficiencies. A pilot is a prototype for the future, a future which will hurtle towards the larger court centres being built in retail parks with adjacent custody centres and criminal defence lawyers operating from banks of computers in large socially distant call centre style offices, creating efficiencies, driving down fees and making access to justice even more remote. Sitting days will come to mean just that, and whilst all this talk of ‘nightingale’ courts are a complete misnomer, the Government’s plans to deal with the backlog using radical ideas will need to ensure that justice, participation and accountability is not the price to pay.

Jon is a founding partner of BSB Solicitors. He is a defence solicitor with higher rights of audience and a former president of the London Criminal Court Solicitors Association

Our print magazine is Proof. Contributors include Michael Mansfield QC, Bob Woffinden, David Rose, Eric Allison and Ian Cobain.
Buy Proof Magazine
The latest issue (Why legal aid matters) includes Helena Kennedy QC and Martha Spurrier in conversation, David Conn on the legacy of Hillsborough - plus how to build your own law centre.
Jon is a founding partner of BSB Solicitors. He is a defence solicitor with higher rights of audience and a former president of the London Criminal Court Solicitors Association