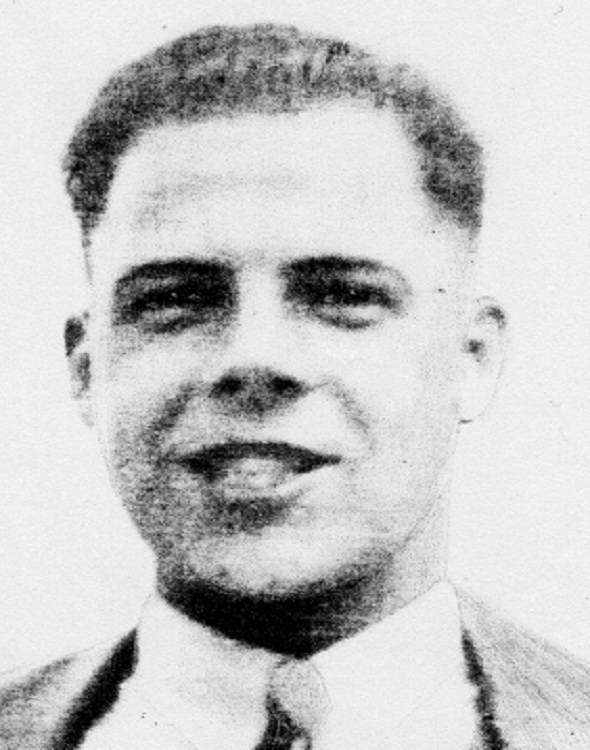 Alfred Moore was ostensibly a poultry farmer living with his wife and four young children at a small holding known as Whinney Close Farm, at Kirkheaton, a small village on the outskirts of Huddersfield in West Yorkshire, writes Steve Lawson. The year was 1951. Moore had long been suspected by the Huddersfield Divisional CID of the West Riding Constabulary of being a burglar, a fact that Moore would later admit in court.

In an attempt to bring Alfred Moore to justice, on the night of Saturday 14th July 1951 10 police officers all in civilian clothes and, under the overall command of Detective Chief Inspector Arthur Leslie Jenkins, put the farmhouse under surveillance. It was said that all roads, footpaths and access routes to the farm were covered and anyone entering or leaving the property would be seen. This cordon of police officers was said to be in position by 11.45pm. There was no moon and it was a cloudy night. It was said that across open ground visibility was good for sixty yards, against hedgerows and walls it was no more than thirty yards.

All was quiet until about 2am the following morning when the still night air was shattered by the sound of several gunshots. These appeared to come from fields to the south of farm. One of the police officers, PC Sellick shortly afterwards found two comrades lying in the grass near to a footpath, both had been shot. Detective Inspector Duncan Alexander Fraser, 46 years of age, was dead. Police Constable Arthur Gordon Jagger, 42 years, was seriously wounded and was to die some thirty hours later.

Alfred Moore was arrested about three hours later at his home and he denied any involvement in the shootings. His defence was one of alibi (‘… it could not have been me because at the material time, I was at home in bed…).

Later in the day the dying officer, PC Jagger, picked Moore out at an identification parade which was held at his bedside as being the person who had shot himself and Inspector Fraser. This identification was from a man who did not previously know Moore and who apparently had not seen a photograph him. Also he had just undergone major abdominal surgery and had received ether as part of the anaesthesia plus two doses of morphine. Later he made a deposition before a magistrate, in which he described the events leading up to the shooting. He died at 8.15am on Monday 16th July 1951.

Moore later went on trial at Leeds Assizes in December 1951. He pleaded not guilty. He was found guilty and sentenced to hang. That sentence was carried out at Leeds prison on the 6th February 1952.

One facet of this case is that despite a massive search, which included troops with mine detectors, the murder weapon, believed to have been a handgun, has to date never been found.

Clifford Mead
In January 1971, I was a young detective working in Huddersfield. At that time I was undertaking an investigation into two armed robberies which had taken place in the Kirkheaton area of the town. These involved a number of men armed with shotguns and handguns, who forced their way into properties and bound their victims before making off with cash and jewellery. One family in particular came under the spotlight and later one member of the family was arrested and charged with various offences, including armed robbery. The head of that family, Clifford Mead, had also become a strong suspect, but owing to the lack of evidence, he was neither arrested or charged.

After the gang had been sentenced and given long jail terms, Clifford Mead and his wife, held a meeting in their home with other interested parties. They were there to discuss possible appeals against the convictions of the gang. At this meeting, it was said that at one point Clifford Mead left the room, returning a short time later when he held aloft a handgun, and announced to those assembled: ‘This is the gun that killed two coppers at Kirkheaton in 1951.’ He then left the room and the gun was never seen again.

In 1974, having served eight years, I left the police service, but that image of Clifford Mead holding that gun aloft and the words he used, stayed with me.

In September of 2006, David Schofield, a nephew of Alfred Moore, wrote to the local paper the Examiner expressing concerns over the conviction of his uncle. He asked for help, and I got in touch and told him what little I knew. That was to be the start of a three year long investigation into the case. My conclusion is that Moore was wrongfully convicted, a view that is supported by now retired Crown Court Judge, Patrick Robertshaw.

I have read the trial depositions, police statements and a transcript of the trial and interviewed other witnesses and visited the scene of the crime. The crime scene although some 60 years old, is as it was in 1951, and the positions of those officers involved in that police cordon are still identifiable.

I can say with certainty, events as portrayed in the deposition of Jagger, could not have happened. And it was without doubt the deposition that damned Alfred Moore.

A dying declaration made by Jagger on his admission to hospital differs greatly from the deposition. In the dying declaration, he says that the gunman was wearing a white silk scarf. The police never found the gun, nor did they find a white scarf, silk or otherwise in the surrounding fields or the farmhouse itself. That indicates to me that, the gunman retreated out of the cordon, as opposed to going deeper into it.

The identity parade was conducted by police officers only, there were no independent witnesses, no medical staff and Alfred Moore was not legally represented at the parade or later at the taking of the deposition. He somehow managed to get himself in the middle of a nine man line up, with four other participants on each side of him. One of whom later told the local paper that when asked to point out the gunman, Jagger pointed at the participant himself. The superintendent in charge of the parade, then asked the stricken officer to number left to right, until he got to five and Moore was identified.

Documents strongly suggest that the police cordon was not in place at the time they were said to have been in position, and Moore’s alibi could therefore have carried. The police did not know that Moore was off the farm that night and not one of them saw him return at any time during the night.

It rained heavily that night for about an hour and a half, between 12.15am and 1.45am. Not one of the officers in the cordon mentions this fact. Moore’s raincoat when found about 5am that morning was bone dry hanging in a wardrobe.

The forensic evidence was to the effect that Alfred Moore had not fired a gun that night and that he had not carried a weapon in his coat pocket, as alleged by the prosecution.

The statements of officers, depositions and what was said in court all differ. For example one officer, was asked: ‘When you heard the gunshots, did you run as fast as you could in the direction of those shots?’ To which he replied, ‘Yes.’ The gunshots were coming from his left, but according to his statement, he ran in the opposite direction making a detour of some one thousand yard in doing so.

In the deposition it was stated that Constable Jagger and Inspector Fraser both shone their torches into the face of the gunman and clearly saw the face.

In his statement, Chief Inspector Jenkins said that just prior to the gunshots, he heard men’s voices in the fields below, but saw nothing. This from a man who was also armed with a pair of night vision glasses. The defence were not privy to these police statements.

The police evidence, and there is more than I have mentioned here, is quite frankly inconsistent with all that is alleged to have happened.

Alfred Moore’s version of events is more consistent. He tells them what time he left the farm. He had walked his brother part way to his house in Almondbury before returning to the farm arriving back there at sometime between a quarter to midnight and midnight. In one of the police documents I have mentioned, it says that at a briefing on the operation, the men were instructed not to stop anyone until say after 12.30am.

‘One day my innocence will be established.’
When Moore was found guilty, at his trial, he promptly leapt to his feet and shouted at the Judge: ‘My Lord, I protest my innocence, I am not guilty.’

When he petitions the Home Secretary, to commute the death sentence to one of life imprisonment, the final sentence of that petition reads: ‘I am convinced that one day my innocence will be established.’

On the morning of his execution, Alfred Moore, took the time to write one last letter, in which he once again protested his innocence before meeting the hangman. It is the vision of Alfred taking his final walk to the gallows, as an innocent man that drives me on, to get justice for him and his family.

Study: Nine out of ten children in justice system 'known or…
Six more members of the Shrewsbury 24 to have 1970s…
Patience is 'running out' with Covid rule-breakers
'Shameful dereliction of duty': Tory MPs vote against…
Watchdog calls on ministers to up prisoners' daily food…