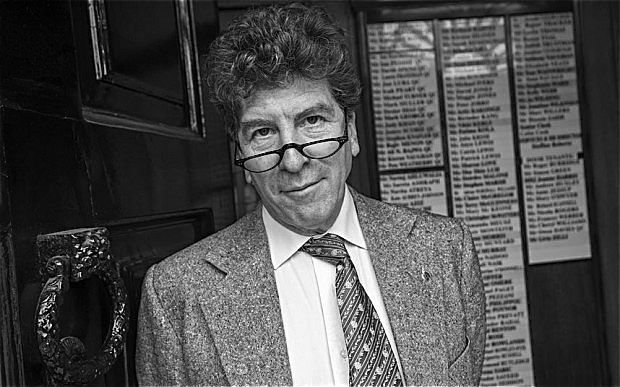 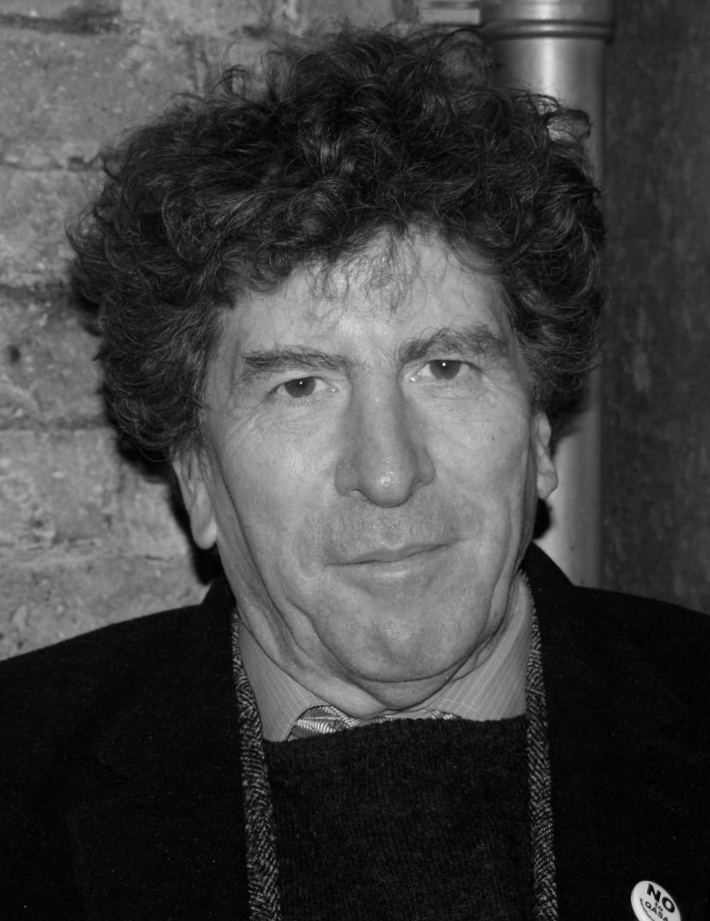 INTERVIEW: Michael Turner is fired up. He has just delivered a speech to a jury at Guildford Crown Court, and the sleet is lashing down outside as he sits in a bar in Waterloo, a glass of sauvignon blanc finally in hand. The unending winter isn’t the only reason Michael Turner is hopping mad. He is leading a vigorous defence of the legal profession in the face of government proposals that could have a devastating effect on legal aid, access to justice and the criminal justice system as a whole.

A veteran of the Old Bailey, Michael Turner has been involved in some of the most high profile criminal trials of recent years. He sees legal aid and access to justice as one of the pillars of the welfare state set up by the post war Attlee government, sitting squarely alongside health and housing and education.

‘The country decided after the war that we must never go back to the poverty of the 1930s. The Attlee government reflected the aspirations of our fathers and mothers after the Second World War – they built a society which was the envy of the world in terms of what it should provide. Proper housing for the nation, proper health, proper education, proper legal services, and the rest.’
Michael Turner

Michael Turner’s own father was a Navy commander and was at Toulon after Churchill ordered the destruction of the free French fleet to stop Hitler getting his hands on the readymade fleet.

‘I was very proud of my dad. He rarely spoke about the war but just once he described what happened at Toulon with tears rolling down his cheeks, this moment when he moved in to try to save the men on his French sister ship and got as near as he could, but looked through his binoculars to see them running on the burning decks jumping into the water to their deaths. They were their friends, they had been on naval exercises with them, and now they were being asked to kill them. He never forgave Churchill for that.’

He is full of scorn for the government’s assault on the values that emerged after the war. ‘It was an extraordinary generation. They were determined this country was going to be something great after the war, that’s what (Ken Loach’s film) The Spirit Of ’45 is all about. Now they are proposing to privatise the fire service for god’s sake. They are privatising the helicopter rescue. But there are certain jewels in the crown that you simply cannot privatise. You can’t have these services privatised. This process was started by Thatcher originally, as soon as she brought the privatised cleaners into the NHS. What happens is that you take the pride out of the professions, because what these private companies do to make profits is they screw down the price.’

It is these principles he is now bringing to the fight against the Government’s assault on legal aid and access to justice, yet his route to a career in law was not assured.

‘At school I was considered an idiot, and when I was seven my parents were sent a letter which suggested I should go to a school for the educationally subnormal, although I am in fact dyslexic. Dyslexia is actually quite a good thing to have as a lawyer, we dyslexics are quite bright!’

He eventually went to Mill Hill School where he excelled at sport – he was captain of rugby and played several other sports to county standard. Asked by teachers what he wanted to do when he left school, he didn’t know.

‘I literally stuck a pin in the paper and came up with law. My teachers laughed so long and so hard at me: “What? You, Turner, a lawyer?” So I thought, right I am going to prove you wrong and I got onto the law degree.’

The first generation in his family to go to university, he was accepted at Sussex. He says at first he had no idea what law was about and that he found the course a little dry.

‘At first I had no idea why I was there, but what kept me going was that you could choose other options and I chose poetry, politics and philosophy, and I proved to be rather good at them. Having been told I was an idiot at school I got to the tutorials and they told me I was actually quite bright.’

Bang to rights
Whilst at Sussex he set up the first student Free Representation Unit. ‘It was very successful. It was effectively a student law centre and we represented members of the public in tribunals and so on. It was that experience that made me realise that I really wanted to be a lawyer.’

Soon he was involved in the Law Centre movement and was called to the bar in 1981. Part of a generation of campaigning lawyers, he became involved in many high profile cases. He represented many clients fitted up by the West Midlands Serious Crime Squad, and he says the Police and Criminal Evidence Act 1984 (PACE), which introduced the tape recording of interviews with suspects, proved what was already widely known.

‘Before PACE there was case after case where the police would report suspects saying “I’m bang to rights, guv!”, and there was lots of injustice as a result. After tape recording came in those ‘verbals’ disappeared completely off the agenda.’
Michael Turner

Turner was later one of the lawyers in the successful appeal in the notorious Carl Bridgwater murder, representing the late Jimmy Robinson. ‘In the third appeal he had 79 grounds of appeal, and one of the key points we took was that the main witness against Jimmy was a planted informant. The prosecution conceded the point: Jimmy had been verballed in prison.’

Lost the plot
Now Turner has turned his campaigning aim at the government.

‘Our politicians have completely lost the plot. This government allows voracious capitalists to feed off the poorest in society. In a double dip recession a government should be restraining the money lenders, but they are allowed to proliferate, and they charge an interest rate which makes the rate charged by the Krays look positively charitable. I read that 90% of loans from Wonga is spent on food and other essentials. That is disgraceful in our society! The people who should be regulated are the money lenders, the politicians and the bankers. But no, the sledgehammer of regulation falls on doctors, lawyers and now the press. And then you see what they pay civil servants leaving the NHS and other departments to keep quiet about what’s going on. So at one end you’ve got muzzling free speech with bribes, and then at the other the government is introducing secrecy into the court room to hide torture and extraordinary rendition. You would have thought we would quite like to know if prisoners are being tortured in a democracy!’

Legal aid
The government’s measures to cut legal aid and restructure the profession are a disaster for both justice and the justice system, Turner says.

‘The legal aid budget is peanuts in terms of the whole government, and they want to shave £145m off, and it is just killing the service for no purpose whatsoever.’

The government also wants to save money by putting services into private hands but it doesn’t work, he says. He has plenty of evidence.

‘Since the private company Capita took over interpreting services for courts it’s been a complete and utter disaster. 80% of interpreters don’t work for them and interpreting services in our courts is about to be found inadequate by European standards, and it ends up costing the taxpayer more. For instance I was in court recently in a case with 14 Romanian defendants and there was one interpreter for the lot. In another case we couldn’t sit for four days because the private company with the contract for delivery of prisoners couldn’t get three of the prisoners to court because they only had one van. It costs £110 per minute to run a courtroom with a jury, and you just have to ramp that figure up every time there is a screw up.’

He lays into the Crown Prosecution Service (CPS) too. ‘Our disclosure of evidence system is broken. There was a recent case in Southwark Crown Court which went belly-up after six weeks because of disclosure problems and the CPS were ordered to pay half a million pounds costs and it was estimated that there was at least a £3m cost to the taxpayer overall.’

The next level
Turner thinks that the government should raise funds by taking a levy from the banks. ‘The banks are defrauded because their systems are crap and so frauds proliferate. We should say we will take a levy from you until you tighten up your systems. That could raise a billion pounds, and there’s your legal aid budget right there.’

Turner is worried that the government’s changes will affect access to justice and produce miscarriages of justice, but he says his campaign is part of a political battle on many fronts. ‘What is happening to the justice system is a reflection of what is happening to other sectors of our society, health, education and so on, and it’s all because of the obsession this government has with putting services into the private sector under the pretence that it is saving the taxpayers money. I want to take this fight to another level, and perhaps the Bar and solicitors have been guilty of sitting in their bunkers and they have not reached out to other professions who are facing exactly the same thing.’ He recently met a TUC leader to discuss the issue. ‘She said “What’s a posh bastard like you having a chat with the TUC?” In fact we got on like a house on fire, and at the end she said the TUC will back any fight you have. They understand we are all fighting the same fight. I’ve got the support of doctors, nurses, health-workers, teachers.’

With that he is back out into the Waterloo night, wrapped up against the sleet, fired up still.

'The tap's been turned off': Court lockdown leaves…
Dramatic rise in number of unrepresented defendants…
Law Society predicts 'market collapse' as one in 10…
'Crumbs off the table': defence solicitors respond…
Barristers call on ministers to make legal aid…