About the justice gap

About the justice gap 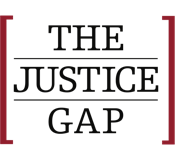 What we are: www.thejusticegap.com is an online magazine about the law aimed at the public. The site is edited and run by Jon Robins.

What we are not: For a start, we are not lawyers.

Who is behind the Justice Gap: The site is run by Jon Robins (jon@thejusticegap.com; @JusticeGap).

Jon is a journalist and has written about the law, justice and related issues for the national papers and specialist press for 15 years. Jon is co-author of The Justice Gap: Whatever happened to legal aid? (Legal Action Group, 2009 – with Steve Hynes) and People Power: how to run a campaign and make a difference in your community (Daily Telegraph and LawPack, 2008). Jon is a visiting senior fellow in access to justice at the University of Lincoln and a patron of Hackney Community Law Centre. Jon is editor.

Mary-Rachel McCabe (mary-rachel@thejusticegap.com; @MaryRachel_McC) is a law graduate with an interest in social and criminal justice. She writes, commissions and runs the JusticeGap’s Facebook and Tumblr sites.

Louise Restell (louise@lr-comms.co.uk; @Louise_Restell) is the Justice Gap’s consumer editor. She commissions and writes. Louise is a campaigner, blogger, consumer champion, communications expert and not a lawyer. Louise claims some responsibility for the Legal Services Act, having run the Which? campaign for legal services reform. She is a trustee of the Public Law Project charity.

Find out more about Louise HERE.

Kim Evans (kim@thejusticegap.com; on Twitter as @LifeInCustody) commissions and writes for the Justice Gap about criminal justice and policing. Kim has spent more than 30 years at the sharp end of the criminal justice system – for the last 10 years in the cells of East Sussex police stations defending people in custody and before that with the Metropolitan Police as a uniformed officer in 1979. You can read about Kim’s work as a police station representative HERE.

We are very grateful for the support of a team of regular bloggers; the experts who have very generously written and researched sections of the advice guide; and the many people who have supported the Justice Gap series. They are listed HERE.

‘The ‘Justice Gap’ refers to the increasing section of the public too poor to afford a lawyer and not poor enough to qualify for legal aid. At the heart of any notion of a decent society is not only that we have rights and protections under the law but that we can enforce those rights and rely upon those protections if needed.’

David Jessel on the Justice Gap:

‘For those concerned with the law and justice – as well as the difference between the two – www.thejusticegap.com is increasingly essential.’

You can read about the Justice Gap series here.

Halsbury legal award: The Justice Gap won the legal journalism category at the inaugural Halsbury Legal Awards – read more HERE. The awards were set up as ‘a celebration of excellence in the law and great contribution to the legal sector’.

Mumsnet: The Justice Gap is part  of the Mumsnet Bloggers Network. Mumsnet is the UK’s busiest parenting community of 2 million monthly unique visitors. You can read Kim Evans in their ‘politics and activism’ section.