Sloppy, wicked – or both?

Sloppy, wicked – or both? 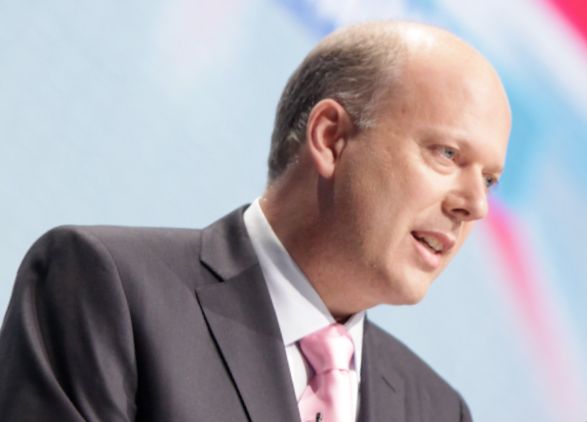 There is nothing wrong with trying to cut costs and save a few quid, especially if your bank balance is a bit on the rocky side. But, as with everything in life, there are good ways to do it and bad ways to do it.

My own economy drive has meant I’ve had to cut my cleaner’s hours to the point where she barely has time to get the duster out. I could save more money by selling the vacuum cleaner and just using a dustpan and brush, but this would be counter productive because I’d have to spend more time cleaning and less time working.

The government, I’m afraid, seem to have put far less thought into their plans to cut legal aid than I have into my cleaning arrangements. If I had been hoping for my fears to be allayed by the minister responsible for this blasé slash and burn exercise, I would have been disappointed.

At a gathering of legal aid lawyers, policy specialists and me, Lord McNally reiterated the government’s justification for pretty much everything these days, that they inherited an economic mess from the last Labour government and they had no choice but to cut costs (see HERE). What is remarkable, however, is that these particular cuts bear no relation to policy in other areas and are more than likely to end up costing more money than they save.

Take for example the decision to remove the right of criminal defendants to choose their solicitor from a list of those providing legal aid (covered HERE). This doesn’t just fly into the face of the government mantra about competition and choice (see health and education where choice is often forced on unwilling consumers), it splats a custard pie squarely in its forehead.

Less surprising is the reluctance to admit what is really going on. If what we’re going to end up with, as Professor Roger Smith argues, is a public defender system, let’s have an open debate about the pros and cons and learn from the experience of other countries. Instead I was left wondering just what, exactly, policy makers have been doing all this time when one of them openly admitted he learned a lot from Smith’s ‘international lessons’.

The government has also spectacularly failed to ensure its plans are workable. As a general rule of thumb, if your policy is too complicated to explain in one sentence then you’re heading for trouble. The complicated tangle of who qualifies for legal aid and who does not is likely to confuse policy makers and practitioners alike, never mind the rest of us.

What is infuriating is not, as Smith put it, the wickedness of the cuts but the sloppiness. There is no coherence, no contingency plan if new arrangements don’t work, no attempt to make sure alternatives are in place before services are removed, no real risk analysis into the knock-on effects for other services (eg health, benefits, housing, crime) and no effort to explain the government’s future vision for legal aid.

The last point is probably a bit unfair: the vision is perfectly clear if pretty basic, it is to spend as little money as possible. Lord McNally is always keen to point out that the legal aid system had grown to ‘become something it was never intended to be’. Maybe so, but wouldn’t it make more sense to think about what we do want it to be, or at least listen to those who are thinking about it, like the Low Commission and the New Economics Foundation?

The problems of people who have until now had to use legal aid (and let’s be clear, nobody wants to use legal aid) don’t go away just because the government refuses to provide legal support. This is the most pernicious aspect of all of it, that the government is effectively relinquishing all responsibility for people who need legal advice and can’t afford it. Which makes me rather wonder what it is for.

Mind you, the government isn’t the only institution I’m bemused about. Even with all this going on, the criminal Bar seems to be getting its knickers in a twist about quality assurance, of all things. Fortunately at yesterday’s event the focus was predominantly on how to mitigate the worst effects of the cuts, but the day before there was much plugging on Twitter for an article in the Telegraph that really put my back up.

If lawyers were wondering why the cuts are getting such scant attention from the mainstream media this piece quite clearly shows you why. Now I’m not suggesting all lawyers should happily embrace QASA or stop trying to improve it, but lavishing such care and attention objecting to something that, quite frankly, looks like a jolly good idea to the rest of us not only makes you look a bit silly, it weakens your ability to fight against far more damaging proposals. As a defence solicitor put it: ‘It’s hard to argue that government have no interest in quality while at the same time saying: “we don’t want quality control”.’

It would seem the government does not have a monopoly on sloppiness or bad planning, leaving us with a dustpan and brush of a legal aid system that will surely cost us a fortune, in more ways than one.

Louise is a consumer champion and communications specialist. Before this, she ran a successful campaign for change in the legal sector (resulting in the Legal Services Act), worked in a law firm and at the Law Society. She is a trustee of the Public Law Project and cares about justice, fairness and cake.

Our print magazine is Proof. Contributors include Michael Mansfield QC, Bob Woffinden, David Rose, Eric Allison and Ian Cobain.
Buy Proof Magazine
The latest issue (Why legal aid matters) includes Helena Kennedy QC and Martha Spurrier in conversation, David Conn on the legacy of Hillsborough - plus how to build your own law centre.
Louise is a consumer champion and communications specialist. Before this, she ran a successful campaign for change in the legal sector (resulting in the Legal Services Act), worked in a law firm and at the Law Society. She is a trustee of the Public Law Project and cares about justice, fairness and cake.