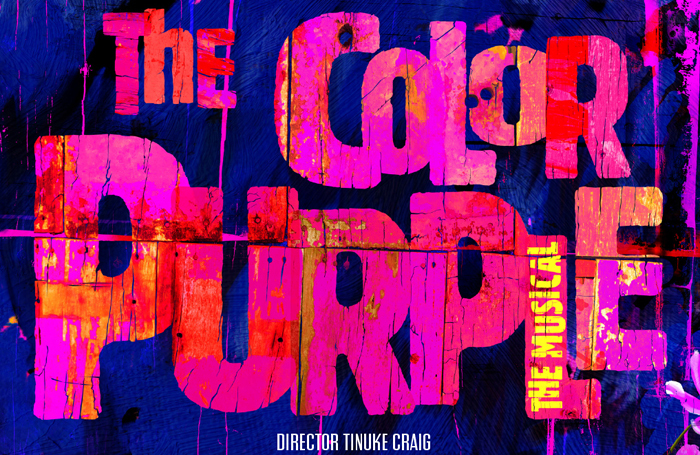 ‘I do not think homosexuality is right’. This is what Oluwaseyi Omooba, who had been cast to play a gay black woman in the forthcoming London production of The Color Purple, wrote five years ago on Facebook.

She justified her stance on the basis that the Bible teaches that homosexuality is a sin in the eyes of God, and for this, was sacked from her role. Meanwhile, in Scotland, their Justice Secretary is pursuing legislation that would give the state the right, in essence, to police what people said in the sanctity of their own home. Scottish Christians may be allowed to think that homosexuality is wrong, but should they have the temerity to admit it in their sitting room, they can expect a knock on the door from the old bill.

If someone tried to have this discussion even a decade ago, people would have looked at them as though they were mad. In 2007, Little Britain was still mocking Daffyd for being the ‘only gay in the village’, while civil partnerships, let alone gay marriage, were pipe dreams. Even the most optimistic gay rights campaigner would not have dared fantasise about the US Supreme Court declaring same-sex partnerships to be an integral part of the American Constitution. Hostility to the gay community was a regrettable but accepted part of society.

Over the course of the past decade, however, much has changed, in both the religious and secular spheres of society. In the Catholic Church, Pope Francis has twice come out in support of same-sex civil partnerships, while the Church of England is gradually coming around to the idea that it might be possible for its priests to be in civil partnerships without also being celibate. No longer is homosexuality something that is closeted, but something that is celebrated, with Strictly Come Dancing featuring its first same-sex pairing this year, and with a wrestler for WWE – hardly a bastion of liberal thought – making a gay-pride inspired entrance to Wrestlemania last year. By most measures, gay people have won the war. There are still battles to be won, but here at least, the arc of history seems to be bending towards justice.

But as society’s progress accelerates, does it have the right to demand that everyone else keep up? Conservative Catholics are in uproar at Francis’ endorsement of homosexuality, viewing it as the imposition of his personal views on the Church, with the Pope’s usual line connecting him to the will of God presumably crackly on this occasion, while Justin Welby, the Archbishop of Canterbury, is still reluctant to fully endorse same-sex partnerships for Anglican priests, forbidding bishops in same-sex relationships from bringing their partners to the Lambeth Conference last year. Such people are not bad, or evil, but simply adhering to what they have long believed is right. Many of a religious persuasion will be relieved at the liberalisation of Christian dogma, no longer forced to straddle two dichotomous strands, but able to marry their belief that people should be free to live as they choose with their religious values. But for those who can’t- or won’t- should they be forced to trade places with those groups that used to exist on the fringes of society?

This is a question of growing relevance, with the liberalisation of society resulting in Christians (and other religious believers) finding themselves increasingly divorced from its mainstream. Attendance at Church of England services has plummeted, with young people especially unlikely to find solace in the tranquility of an ecclesiastical nave, and with fewer people than ever identifying as Christian in the UK. Over the course of lockdown, the Church’s diminished role has become brutally apparent, with appeals from clerics for places of worship to be kept open during the first lockdown curtly rejected. Even the Church of England’s Archbishops had little respect for the dignity of the Eucharist, barring the doors of churches to the laity and clergy alike. Instead, Anglican priests were forced to hold services from the less sanctified environs of their own homes, with Justin Welby preferring to broadcast his Easter sermon from a kitchen island rather than from Westminster Abbey.

During this second lockdown, the government has conceded more to religious groups, permitting places of worship to remain open for private prayer and reflection, but prohibiting them from holding services. Such concessions are, for some church leaders, inadequate, and fail to uphold their right, and the right of their congregation, to freedom of worship, with these leaders bringing a claim alleging the violation of the ECHR’s freedom of religion clause. They argue that the government has failed to strike the right balance between the interests of the state, in minimising the spread of the virus, and the interests of religious people, who gain the strength to face adversity from worship.

At times of emergency, the appeal of an absolutist approach grows, with the lack of exceptions being a reassuring sign that everything that can be done is being done. If people are spreading the virus through shopping, ban shopping. If through restaurants, ban eating out. If through churches, ban worship. Given the speed by which the coronavirus spread in the first wave, this blunderbuss approach was undesirable, but necessary. There was no time to put in place protective measures, with the government’s lethargic response, even despite its ultimately authoritarian nature, resulting in Britain suffering the worst death rate of any country in western Europe. Had the government exempted religious worship then, the consequences would have been even more devastating, as Sacramento county in California showed, with over a third of its coronavirus cases at the start of the outbreak linked to places of worship.

This is no longer the situation that the government faces. Over the course of lockdown, institutions of all kinds have put in place measures to keep people safe, churches among them. Screens have been installed, pews distanced, congregations reduced. To argue that worship should continue as normal would be naïve, but equally, to maintain an absolute ban, so failing to recognise the integral role that religion plays in many people’s lives, is disproportionate. For some religious people, church services are just as essential as food, and if supermarkets can be trusted to find ways to keep people who wander through shops all while picking up and putting down food safe, then churches should be trusted to ensure that a congregation, distanced, silent and still, can be kept just as safe. This approach reconciles the tension between people’s need to celebrate their faith and the government’s need to preserve the health of the nation.

This week, Omooba’s challenge to her dismissal is being heard before the Employment Appeals Tribunal, where she is arguing that her employer unlawfully discriminated against her because of her religious beliefs. Her beliefs may be regrettable, and it may be an unfortunate irony that she was cast as a gay woman, but this alone should not justify her dismissal. She was not, it would seem, refusing to play the character as she was cast (although she did say that she did not believe the character was a lesbian) or otherwise interrupting the production of the play, but simply reserving the right to believe what she believed. It may have been bigoted, but it was not unlawful.

Thomas Aquinas, the medieval theologian, said that we must ‘love them both, those who opinions we share and those whose opinions we reject’…’, and as religion fades into the background of society, it should still be treated with respect. For much of society, the thought of needing to attend church to celebrate your faith, or believing that some people’s acts are wrong because a book written two thousand years ago says so, is absurd. But a society can contain multitudes, and without real harm being done to vulnerable groups, it should try to do so. Rather than seeking to quash what is left of religious conservatism, perhaps liberals – theist and atheist alike – would find that turning the other cheek is the more rewarding act.