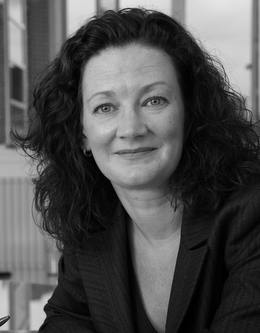 The Law Society’s recent Justice on Trial report on the state of our criminal justice system made for depressing – if unsurprising – reading.  With grim and steady certainty the report enumerated the many different ways in which years of underinvestment is ruining our justice system and unfairly destroying lives.

Some of the Law Society’s criticisms are well known. Concerns about the impact on justice of the cuts to legal aid are so long standing that the problem is well understood even outside the legal profession. But there are some less well established legal concerns that in my view could prove equally malign.

None more so than the impact of the new Released Under Investigation (RUI) status.

RUI entered law in the Police and Crime Act 2017 as part of a package of reforms designed to prevent suspected criminals from being kept on police bail (and subject to potentially onerous conditions) for months on end. Support for the legislation was informed, in part, by the troubling case of the DJ Paul Gambaccini who was kept on bail for a year before his case was dropped. His case was not exceptional and indeed many suspects were subject to more onerous bail restrictions, for far longer.

The benefit of being on bail, however, was that the police had a bail date to work towards. If bail needed to be extended, the police would need to provide an update and justify why they needed more time. Prior to the new bail reforms, my firm already had a large number of clients who were under investigation but not on bail as it was possible to challenge the necessity of an arrest. This meant however that it was very difficult to get updates from the police, with suspects having no idea what was happening. This is why I cautioned back in 2017 that new proposals did not go far enough as, without checks being put in place, more and more people were going to end up in legal limbo.

Two years on and the problems that were clear from the very beginning have become obvious to all: as RUI has replaced police bail as the police’s default ‘bail’ option, so the length of time that criminal suspects must wait before a charging decision has got longer.

Freedom of Information data obtained by my firm earlier this year shows that over 80 percent of criminal suspects are now released under investigation. At the same time, the average RUI length is now 139 days compared to the average 90 day length of police bail prior to the changes.

But there’s another serious problem. Despite National Police Chief Council guidance that RUI subjects be updated of their case’s status every 30 days, the new legislation does not oblige this, and in practice many RUI suspects are kept in complete ignorance as to their case’s progression. Individuals – who may well be completely innocent of any crime – are forced to put their lives on hold in complete darkness, not knowing when their nightmare will end.

The Law Society’s proposed solution to the RUI problem is a central register of all RUI cases with an associated rule that any cases which are unresolved still months from a suspect’s initial release be brought to court for the delay to be explained. This appears to be a dramatic first step, which will require further funding that we are told is not available. A more sensible solution would be to enforce the guidance set out by the NPCC back in January 2019, which sets out the following:

Once a suspect has been released, investigations must have a documented supervisory review at least every 30 days until the investigation has been completed and a disposal actioned. The supervisor will be responsible for reviewing and setting the post custody investigation EFD’s. (High priority where safeguarding may be an issue – Sgt review every 10 days)

At each review the Investigating Officer must ensure the victim, suspect and their legal advisor where applicable is provided with an update on the progress of the investigation.

Subsequent reviews by an Inspector at 3 months and Superintendent at 6 months will ensure RUI suspects will be subject to appropriate review and management supervision.

Inspectors and Superintendents will need to satisfy themselves that RUI cases are being managed expeditiously and is further investigation is appropriate.

Whilst the NPCC provide this guidance, its status remains ‘suggested good practice’ and, in my experience, is not followed. The current situation is that whilst the 2017 changes to police bail were meant to end the injustice of people being kept in legal limbo for months on end as they waited for police to decide what to do, the fact is that the opposite has happened. This is a national scandal that is getting worse every day.

Jenny is head of general crime at Hickman & Rose

Our print magazine is Proof. Contributors include Michael Mansfield QC, Bob Woffinden, David Rose, Eric Allison and Ian Cobain.
Buy Proof Magazine
The latest issue (Why legal aid matters) includes Helena Kennedy QC and Martha Spurrier in conversation, David Conn on the legacy of Hillsborough - plus how to build your own law centre.
Jenny is head of general crime at Hickman & Rose

Thousand of suspects released as a result of changes…
As many as 3.6m people every year have unresolved…
Priti Patel plans to scrap 2017 bail reforms
Concerns over viability of legal aid sector…
U-turn over law on bail to protect victims of…