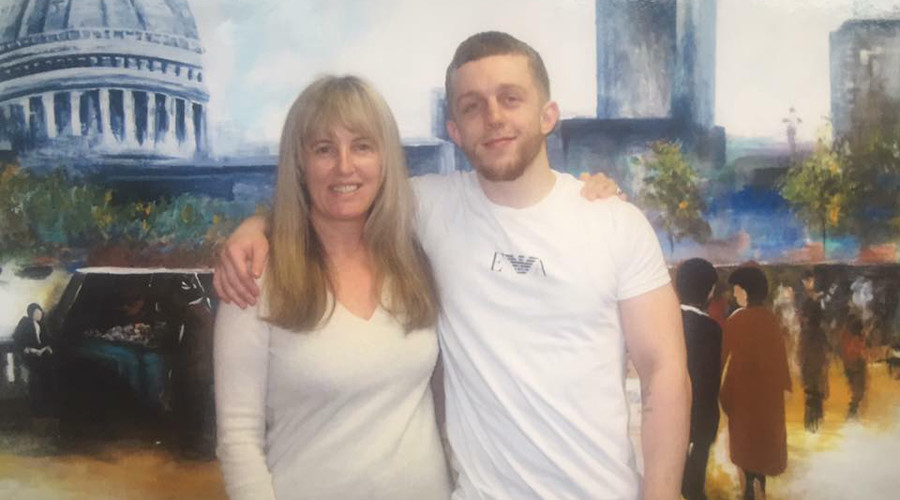 The lawyers representing a young autistic man sentenced to life for murder under joint enterprise have called on the Lord Chancellor to recommend the Queen exercise the royal prerogative of mercy. Alex Henry, whose case has featured on the Justice Gap, was sentenced to a minimum of 19 years for being involved in a 47 second affray. He was diagnosed after being sentenced by Britain’s leading expert on autism Professor Simon Baron Cohen who appeared in Henry’s appeal as an expert witness.

On August 6th, 2013, Alex Henry had been shopping with friends. Two of the friends were on their way home when confronted by the brothers Bourhane and Taqui Khezihi, and two of their friends. On Henry’s account, he saw a friend in trouble. As he approached, he claimed to have picked up a dropped mobile, thrown it at one of the attackers and attempted to punch another. That, he claimed, was the extent of his involvement. The facts are disputed. Bourhane claimed Henry had ‘a shiny object’ in his hand and another told the police it was a knife but he was not confident at trial.

On of Henry’s group, Cameron Ferguson, joined in the fray. He had a knife hidden in a bag and stabbed Taqui and Bourhane. Taqui’s injury proved fatal. Alex Henry claimed that it was only hours later when they regrouped in a park that they realised that Ferguson had ‘poked’ the brothers.

Alex Henry together with his friend, Janhelle Grant-Murray, were found guilty at the Old Bailey for the murder of Taqui Khezihi and wounding his brother Bourhane. Midway through a six-week trial, Ferguson changed his plea to guilty admitting to the stabbing.

Alex Henry is currently serving a sentence of life imprisonment with a non-parole period of 19 years. A petition for mercy has been sent to the Lord Chancellor this week arguing that Alex has been the subject of ‘a catalogue of events that have led to serious injustice’. According to his legal team, a conditional exercise of the royal prerogative would swap a lesser sentence with the original and would ‘not expunge his conviction’ but allow Her Majesty ‘to correct significant injustice’.

You read an interview with Baron-Cohen from Guilty Until Proven Innocent (Biteback, 2018) below – the chapter is quoted in the petition.

The royal prerogative is power reserved to the Queen under which she can grant pardons. It is rarely exercised and the last high profile example was in 2013 on behalf of Alan Turing, the scientist known for helping crack the Enigma code during the second world war and pioneering the modern computer, who was convicted in 1952 for gross indecency with another man. It was used successfully in Australia on behalf of Zak Grieve, an Aboriginal man serving life in prison for a murder he was found not to have physically committed. The man was represented by Felicity Gerry QC of Carmelite Chambers who has drafted Henry’s petition. 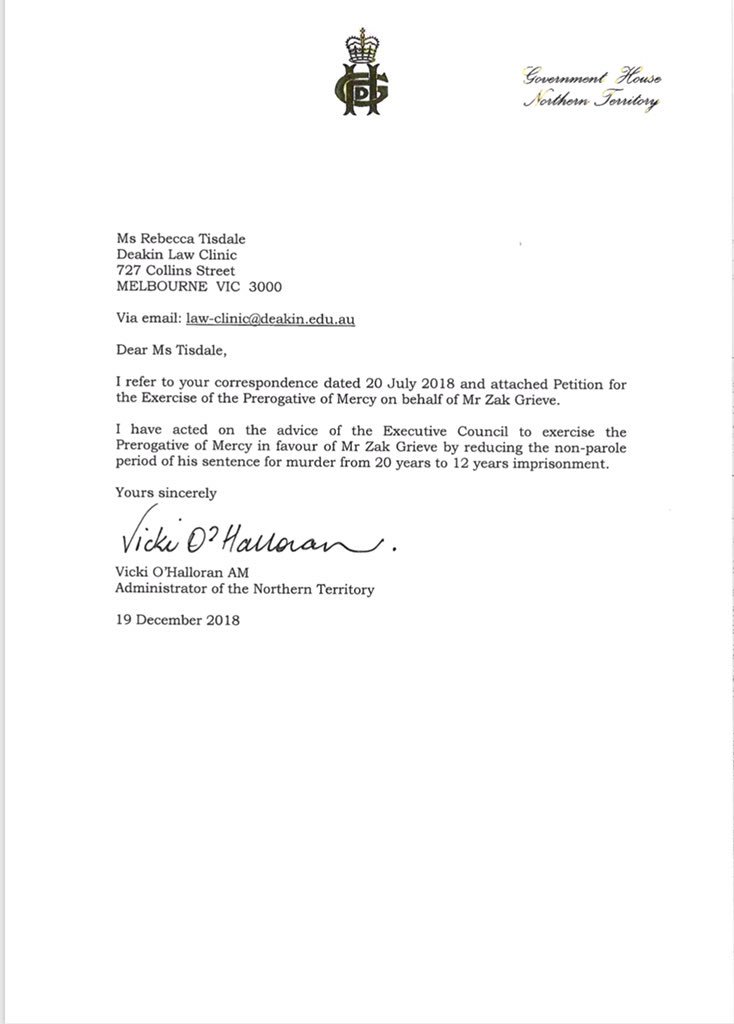 Alex Henry’s mother, Sally Halsall said she was excited by the development ‘but trying to remain realistic’. ‘When my son’s appeal failed after his expert witness was treated so appallingly I thought if this is how our justice system operates Alex stands no chance,’ she said. ‘I thought it was game over but the Royal Prerogative for Mercy has offered us hope that someone with executive powers will put their foot down and say “enough is enough”.’

‘The Royal Prerogative of Mercy is a useful mechanism to correct injustice,’ Felicity Gerry told the Justice Gap. ‘The errors in Alex’s case are shocking, particularly the ignorance of autism.’ Gerry acted in the Jogee case and is working with Dean Kingham of Swain & Co.

Alex Henry is currently serving a sentence of life imprisonment with a non-parole period of 19 years. The petition states that Henry has been the subject of ‘a catalogue of events that have led to serious injustice’. It cites the 2016 Supreme Court ruling which held that the law omn joint enterprise had taken ‘a wrong turn’ in 1984. ‘The effect of unprincipled and harsh mandatory sentencing laws… caused injustice to Alex and were applied without knowledge of Alex’s autism,’ it argues. It also criticises ‘the morally and medically insensible decision’ by the Court of Appeal in reject the expert evidence of Professor Baron Cohen.

‘It felt as though the prosecution ambushed me…’

Shortly after Alex Henry’s trial at which he was sentenced to a minimum of 19 years, a woman emailed his mother, Dr Sally Halsall after reading about her son’s case. Had it ever occurred to her that her son might be autistic, the woman asked? Jon Robins speaks to the Britain’s leading expert on autism 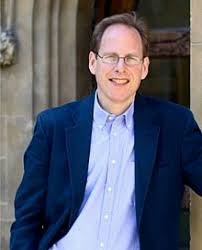 Dr Halsall started reading up on autism and wrote to a number of experts, including Professor Simon Baron-Cohen, director of the Autism Research Centre at Cambridge University, asking him to meet her son.

Prof Baron-Cohen is Britain’s leading expert on autism. He was to meet with Alex Henry twice, in June and December 2014, at his category A prison. He recorded the interview. ‘I didn’t start the fight, and I didn’t stab anyone,’ Henry told him. He told the doctor of his past antics – how, when he was young, he was ‘proper naughty’.

Henry told the doctor that he had always been conscious of being ‘different’. ‘I talk to people in the prison a bit randomly. I play snooker but I don’t get involved in conversation. I like to do Sudoku and crosswords. I spend hours on those. If I’m alone in my cell I stay on computer games all night.’

On Prof Baron-Cohen’s autism spectrum quotient questionnaire, which aims to test whether adults have the condition, Henry scored ‘a very high’ 35 out of 50. The majority of males tend to score 17 and the average score for females is 15. If someone scores over 32, then this suggests that they may have Asperger’s.

I attended Henry’s appeal last June. With an air of calm deriving from a peerless command of his area of specialism, the psychiatrist proved a credible and persuasive witness. He was unfazed by a court that was clearly sceptical about a late and convenient diagnosis.

As he explained to the court, his clinic in Cambridge has diagnosed over 1,000 people with autism or Asperger Syndrome whose diagnosis also had been overlooked into early adulthood.

The signs are subtle and for that reason, he explained, it was often described as an invisible disability.

Autism ‘just doesn’t start out of the blue’, said Professor Baron-Cohen, it was there throughout early development. It manifested itself in difficulties socialising, interpreting emotional expressions as well as understanding jokes. ‘I see autism as a complex disability,’ the psychologist told the court from the witness box. ‘It affects many different functions, including the processing of information. People with autism struggle with situations where there is too much information to take in. It is a major piece of information that the jury needs to know. It is nobody’s fault because the diagnosis hadn’t been made yet.’ 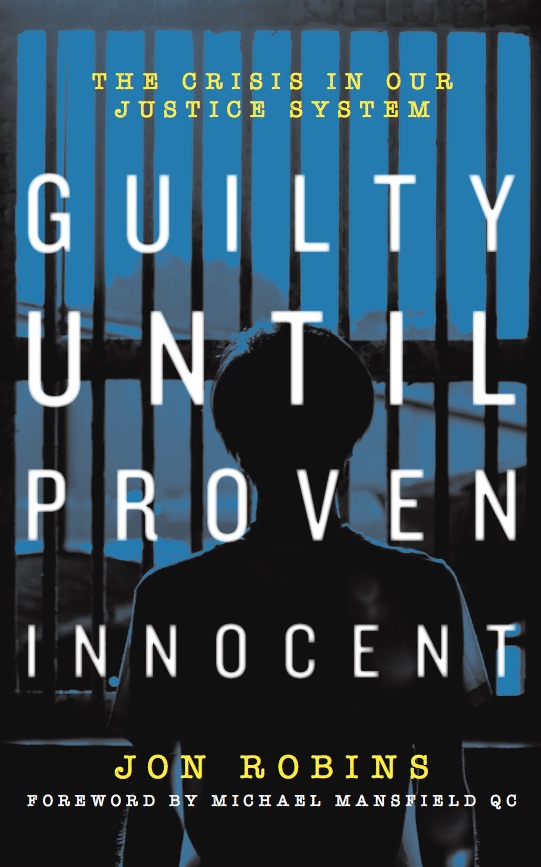 Autism was a diagnosis from which all sorts of consequences flowed in the kind of fast-moving situation that led to a young man’s death. The incident that Alex Henry was convicted of took less than fifty seconds. ‘People with autism struggle to make rapid decisions under pressure,’ the professor said.

Prof Baron-Cohen went on to say autistic people also tended to be ‘very rigid in the application of rules’ and so, for example, would stick to a solicitor’s edict to make ‘no comment’.

Autistic people also made poor choices in friends because they could not read people’s motives, easily became fixated and displayed ‘tunnel vision’, the professor went on. ‘Someone with autism could be mistaken for showing very little remorse,’ Professor Baron-Cohen told the court.

Under the law of joint enterprise as it then was (i.e., pre-Jogee), a jury can convict if it is proved that the secondary defendant foresaw the ‘possibility’ that death might occur. That is exactly the kind of subjective judgement an autistic person might well struggle with. As Baron-Cohen made clear.

The bench had little sympathy for the professor’s insight. ‘It seems to us, having regard to all the evidence, that it can have had no effect on the issue of Henry’s thinking process at the time of the murder in the respects identified by Professor Baron-Cohen,’ they said. At worst, they ruled Henry suffered from ‘mild mental illness that was immaterial to his culpability for murder’.

Some six months after the Court of Appeal hearing, I interviewed Baron-Cohen.

I asked him what impression his day in court had made on him. ‘It felt as though the prosecution had ambushed me and also that I hadn’t been adequately briefed by the defence team,’ he told me. As an expert, he understood his role was ‘to be there to serve the court rather than either side’. ‘Frankly, that wasn’t what it felt like,’ he said.

The doctor felt that the prosecuting counsel’s interrogation of him was ‘bordering on the offensive’. In particular, he resented the suggestion that Henry’s mother, Dr Sally Halsall, might have tried to dupe him. He pointed out that he visited Henry a second time in prison, after receiving an anonymous letter suggesting he was having the wool pulled over his eyes.

Prof Baron-Cohen accepted the court’s offer to examine all of the reports on Alex Henry and submitted a second report on that basis after the hearing. ‘It didn’t change my diagnosis. If anything, it bolstered it,’ he said.

The interview with Professor Simon Baron-Cohen is an extract from Guilty Until Proven Innocent: the crisis in the justice system (Biteback Publishing) by Jon Robins

A Bill for Justice: next step in campaign to reform joint…
Half of women convicted under joint enterprise not even…
CPS challenged over 'racist stereotypes' behind joint…
Campaigners call for new legislation to fix injustice of…
'I'm the only person to have my conviction quashed. There…