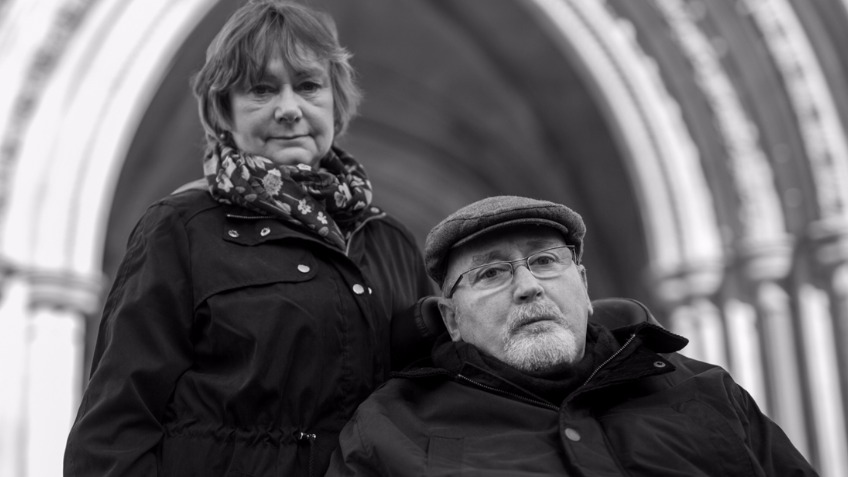 In all cases of hopeless and painful illness, it should be the recognised duty of the medical attendant, whenever so desired by the patient, to administer chloroform or such other anaesthetic…s o as to destroy consciousness at once.

So said Samuel Williams in a speech to the Birmingham Speculative Club in 1870, in what is thought to be the first time the administration of drugs to achieve a voluntary and painless end to life was publicly advocated in Britain. Almost a century and a half later, has the time come for the law to permit people with incurable or terminal illnesses to enlist the help of a medical professional to bring about their death in a peaceful and dignified way?

Suicide was a criminal offence in Britain until the passage of the Suicide Act 1961. Assisted suicide remains unlawful by virtue of section 2(1) of that Act, which provides that a person commits an offence of complicity in another’s suicide if they: (a) carry out an act capable of encouraging or assisting the suicide of another person; and (b) that act was intended to encourage or assist suicide. The question of whether someone will be prosecuted for assisting suicide is governed by a policy made by the Director of Public Prosecutions.

The fact that a person assisting suicide may face criminal prosecution and conviction for performing an act which is voluntarily requested by an adult with mental capacity, and which causes no harm to anyone else, may appear to be illogical and unjust given the decriminalisation of suicide from 1961.

If a person who wishes to end their own life is physically able to commit suicide, it is not unlawful for them to do so. However, if such a person is unable to bring about the end of their life, they are forced to choose between imposing the risk of criminal punishment on anyone who assists them or continuing to live against their wishes.

The effect of the law as it stands is that people who wish to end their own life – for example, due to the debilitating and painful effects of terminal or incurable illnesses – but are unable to do so unaided may be considered, in effect, to have had their right to life inverted into a duty to live. Nevertheless, in Dianne Pretty’s case in 2002, the European Court of Human Rights ruled that the (Article 2) right to life cannot ‘without a distortion of language’ be interpreted as conferring a ‘diametrically opposite’ right to die.

In June 2014 the Supreme Court was asked, in the case of Tony Nicklinson, to declare section 2 of the Suicide Act incompatible with Article 8 of the European Convention on Human Rights (the right to respect for private and family life). By a margin of 7:2, the Supreme Court decided that although it was in principle open to the court to make such a declaration of incompatibility under section 4 of the Human Rights Act, it was at that time institutionally inappropriate for it to do so. In essence, the court held that Parliament should be given another opportunity to address the issue.

The question is now before the British courts again, in two separate crowdfunded cases brought by Noel Conway and Omid T. Mr Conway is a 67 year old retired lecturer from Shropshire who was diagnosed with motor neurone disease – a progressive and terminal illness – in November 2014. Mr Conway’s case, which is supported by Dignity in Dying, seeks a change in the law to allow people with mental capacity who have been diagnosed with a terminal illness and given a prognosis of six months or less to live to obtain assistance to end their lives.

Omid T’s case differs from that of Mr Conway, as he seeks a broader change in the law to allow people diagnosed with an incurable illness to choose to be assisted to end their lives, without a particular limit relating to their life expectancy. Omid T, a 54 year old Iranian-born British citizen, was diagnosed with multiple system atrophy, an incurable (but not terminal) illness, in 2014. He believes there is ‘no moral or legal justification for drawling the line at terminal illness or six months or fewer to live’.

In March, the High Court refused Mr Conway permission to bring his application for judicial review (in a split 2:1 majority decision). However, this month the Court of Appeal overturned that decision, granting permission for Mr Conway’s case to proceed to a full hearing in the High Court. It is worth noting that the test for obtaining permission to proceed in judicial review is whether the claimant has an ‘arguable’ case. Omid T’s claim has not yet reached this stage: his application for judicial review has been issued but the court has not decided whether to permit the case to proceed to a full hearing.

The judgments by both the High Court and the Court of Appeal on whether to grant permission for Mr Conway’s application for judicial review to proceed centred on the different positions taken by the nine Supreme Court justices who heard Tony Nicklinson’s case. The justices effectively fell into three groups:

Lord Neuberger stated in Nicklinson: ‘Parliament now has the opportunity to address the issue of whether section 2 should be relaxed or modified, and if so how, in the knowledge that, if it is not satisfactorily addressed, there is a real prospect that a further, and successful, application for declaration of incompatibility may be made.’ Furthermore, Lord Neuberger said one would expect to see the issue ‘explicitly debated in the near future’.

The House of Commons and the House of Lords have both debated the matter since the Nicklinson judgment, in the context of three private members bills proposing exceptions to the blanket prohibition on assisted suicide in section 2 of the Suicide Act. However, no relaxation or modification of the Act has been made by Parliament.

Giving the majority judgment of the High Court in refusing permission, Lord Justice Burnett had found that it was ‘the settled will of Parliament’ that there should be no change in the law on assisted dying and it therefore remained institutionally inappropriate for the court to make a declaration of incompatibility.

However, this month the Court of Appeal took a different view. In granting permission for Mr Conway’s case to proceed to a full hearing, Lord Justices Beatson and McFarlane held that the fact that Parliament has, since the Nicklinson case, made a decision not to change the law and is no longer actively considering the matter, means Mr Conway is entitled to argue that it is no longer institutionally inappropriate for the court to grant a declaration of incompatibility.

Further, the court found that it is arguable that the evidence filed in support of Mr Conway’s case – from a wide range of factual and expert witnesses – ‘demonstrates that a mechanism of assisted dying can be devised for those in Mr Conway’s narrowly defined group that is practical’.

While a declaration by the court that the blanket prohibition on assisted suicide in section 2 of the Suicide Act is incompatible with Article 8 would not automatically change the law or require Parliament to legislate, a similar decision by the Canadian Supreme Court in February 2015 led to the introduction of assisted dying legislation in Canada.

Different forms of assisted dying – either voluntary euthanasia or assisted suicide – are also lawful in the Netherlands, Belgium, Luxembourg, Switzerland, Colombia and a number of US states. Opinion polls show that the majority of British citizens support a change in the law to allow assisted dying in at least some circumstances.

Responding to the Court of Appeal ruling in his case, Noel Conway said:

‘I have lived my whole life on my own terms, in control of the choices and decisions I make. Why then, when I am facing my final months, should these rights be stripped away from me, leaving me at the mercy of a cruel illness? I know I am going to die anyway, but how and when should be up to me.’

Thanks to Mr Conway, the courts in this country will now once again have the opportunity to decide whether the blanket prohibition of assisted suicide in section 2 of the Suicide Act is incompatible with human rights law.