‘If every crisis is an opportunity, this is one we can seize’ 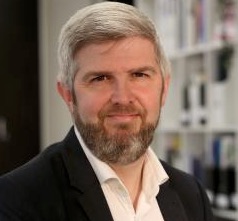 ‘If every crisis is an opportunity, this is one we can seize’

The public gallery in the Supreme Court: Sketch by Isobel Williams (www.isobelwilliams.org.uk)

Public judicial pronouncements tend to be Delphic— caveated in a legal and political lexicon that aims to prod but seldom seeks to wound. In 2016, Sir James Munby, president of the Family Division of the High Court, violently broke with that tradition when he stated: ‘We are facing a crisis and, truth be told, we have no very clear strategy for meeting the crisis.’

The factors contributing to that sense of crisis in the family justice system are stark. Over the past 25 years, there has been a 52% increase in the number of children the state removes in England and places in state care. In 2017, for every 10,000 children, 62 are in care, the highest level since the passage of the Children Act 1989. Over the past ten years, the number of applications to the family courts for care proceedings has doubled.

Moreover, the recent Care Crisis Review has highlighted that a ‘lack of resources, poverty and deprivation are making it harder for families… to cope’, identifying that ‘a culture of blame, shame and fear has permeated the system, affecting those working in it as well as the children and families reliant upon it’.

But Sir James’s pronouncements were not intended as a lament but as a provocation to do better. One area of creativity is the sterling work within the 10 Family Drug and Alcohol Court (FDAC) projects in England. FDAC provides a problem-solving, therapeutic approach to care cases where parents, addicted to drugs, are at risk of having their children taken into care. FDAC, a unique partnership between the family courts and a team of substance misuse specialists and social workers, helps parents change their lifestyles to safely reunite families, or ensure swift placements with alternative carers where reunion is not possible.

The problem-solving approach of FDACs is but one example of a wider movement across the UK to see every case, whether criminal, youth or family, as a window of opportunity to address the underlying problems that bring people into the justice system.

FDAC is close to my heart not just because of the heart-warming stories told by those parents who have succeeded in it, nor because FDAC looks and feels so different from ordinary care proceedings but also because the evidence is so clear that it works.  It delivers better outcomes for families and children. FDAC mothers are 50% more likely to stop using drugs and are much more likely to have stayed off drugs five years after going through FDAC than mothers who go through ordinary care proceedings.

They are 48% more likely to have been reunified with their children than mothers who go through ordinary care proceedings. Moreover, even for those FDAC families whose children are removed, the procedural fairness of the proceedings means they are less likely to appeal the decision.

Lest I am accused of backing an intervention that works but is too expensive for austerity Britain, the other great advantage is that FDAC pays for itself. In a study conducted by my colleagues at the Centre for Justice Innovation, we found that while FDAC cases do cost more initially (primarily in additional upfront treatment costs), they also avoid legal and expert witness costs that otherwise would be incurred while the case is ongoing.

And following the end of the FDAC case, the better outcomes attributed to FDAC avoid even more costs, in avoided care placements, avoided returns to court, and avoided future treatment costs. Overall, we found that FDAC’s initial investment is recouped within two years, and over five years, for each £1 spent, £2.30 is saved to the public purse.

Yet FDAC is currently at a point where it is having to prove itself again. The FDAC National Unit, a team that has been instrumental in helping set up the ten FDACs and ensuring the evidence base is robust, is currently due to close due to lack of funds. FDACs themselves are not immune to the wider sense of crisis in the family justice system and there is growing concern that the innovative work in the ten sites is threatened by the wider, systemic lack of funds.

We could of course argue with conviction that care for our children are the foundations upon which the good society is built and should have a first call on public funding. But, for reasons too numerous to itemise, this line of thought does not necessarily resonate with today’s decision makers.

More than just money, what Sir James highlighted is that there is a clear policy lacuna.

The existing family system sits like a great leviathan, shrouded in a barely conscious establishment inertia, defying new approaches like FDAC to be better and cheaper while demonstrating in a daily diet of misery that it does not work itself. What is needed is the Ministry of Justice and Department of Education in Whitehall to rethink what we are doing to our most vulnerable children— and to change it.

Initiatives like FDAC show them a better way, a more humane way and a more cost effective way to deliver justice. If every crisis is an opportunity, it seems this is one we can seize, confident that we know what the future should look like.