How many angels can dance on the head of a pin?

How many angels can dance on the head of a pin? 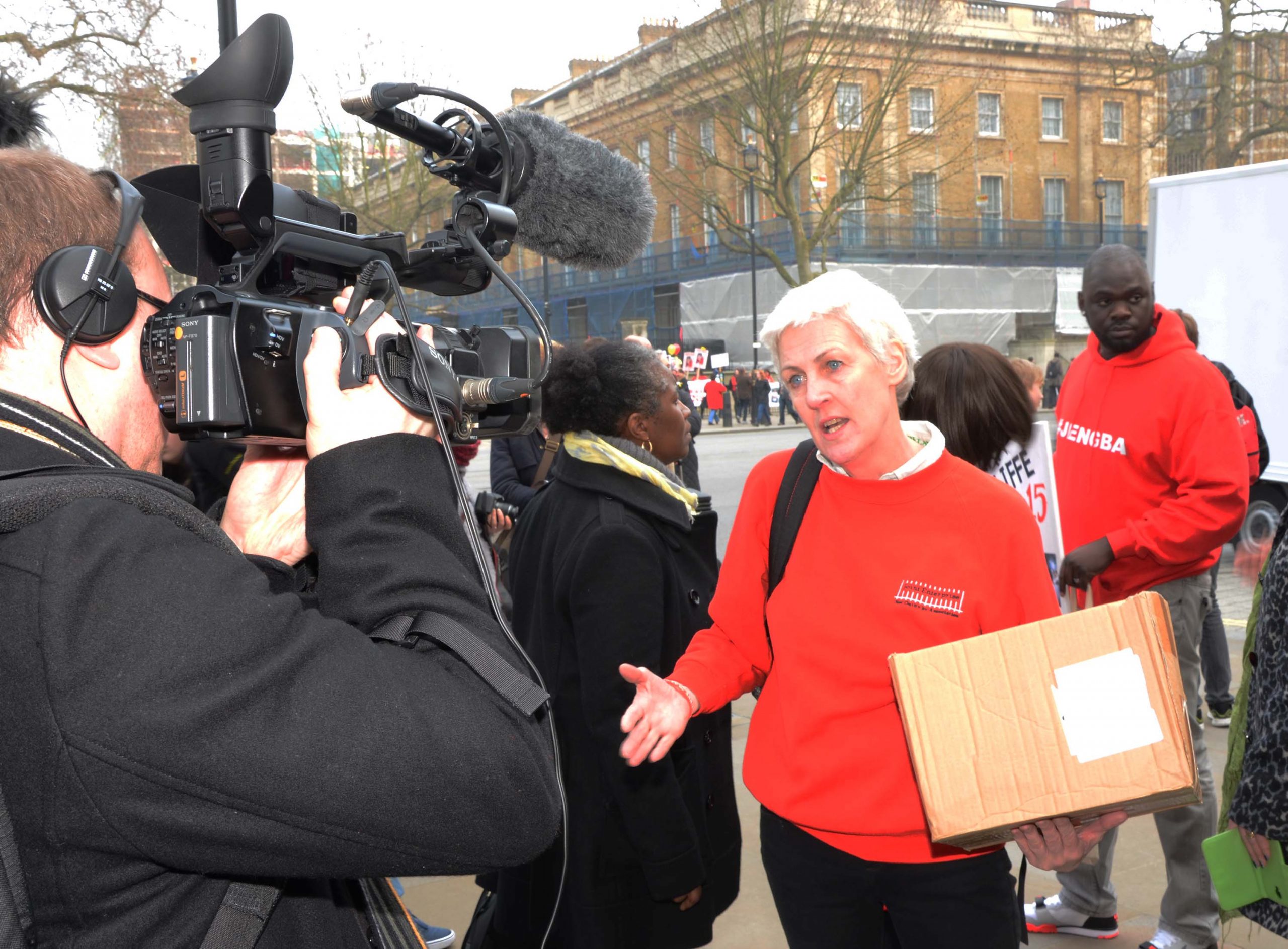 I was in the Supreme Court for the landmark ruling (R v Jogee) on February 18, 2016 when Lord Neuberger ruled that the law on joint enterprise had ‘taken a wrong turn’ back in 1984. I was sitting with my fellow JENGbA campaigners in the packed court listening to the learned judges discuss the doctrine of joint enterprise in terms of ‘parasitic accessorial liability’ and whether Ameen Jogee ‘may’ or ‘might’ have known what his co-defendant Hirshi ‘could’ or ‘would’ do.

The barrister representing Jogee, Felicity Gerry QC described the current state of the ‘law’ of joint enterprise as a ‘dog’s breakfast’. She argued it needed to be sorted out so that people were not convicted of the most heinous offence of murder based on just foresight. One of our older and wiser campaigners turned and said to me said: ‘How many angels can dance on the head of a pin?’

Our solicitor Simon Natas, who has worked tirelessly for JENGbA pro bono for eight years, instructed Pete Wetherby QC in a challenge to a decision by the Criminal Cases Review Commission (CCRC) not to refer the case of Jordan Cunliffe, after nearly six years of investigation, back to the Court of Appeal – despite having stated they believed his conviction to be unsafe.

Shortly after the Jogee ruling, the Court of Appeal denied leave to appeal to 13 defendants in six separate cases which cited the Supreme Court ruling in the case of Johnson in October 2016. Where an appeal is brought outside of the 28-day limit, the defendant must seek exceptional leave to appeal to the Court of Appeal. According toJogee, permission to appeal could be granted if ‘substantial injustice’ could be demonstrated but it would not do so ‘simply because the law applied has now been declared mistaken’.

There has been much discussion about the CCRC and its fitness for purpose by many of those working in the miscarriages of justice world – see Dennis Eady’s here.

Jordan Cunliffe’s mum Jan (and JENGbA co-founder) discussed coming to London for the challenge to the CCRC’s refusal to refer the case in March this year. We were both under the misguided impression that, as often with Jordan’s case, there would be a lot of paper-shuffling and it would be over in 15 minutes.

So Jan decided to stay put in Warrington and I would let her know how it went. We’ve been wrong about things in the past; but we have never been so wrong we were on this occasion. I went but we didn’t pack out the court with JENGbA campaigners like we try to do with most appeals.

Frankly, that can seem like a pointless exercise. In the three years of appeals since Jogee not one appeal has been successful with the exception of John Crilly. Not one other person has had their conviction overturned even though several are glaring examples of people being imprisoned under law that has taken ‘a wrong turn’.

So there we were for Jordan’s recent challenge in March in the High Court with the president of the Queen’s Bench Division, Sir Brian (Leveson) and Mr Justice William Davis presiding. I sat myself in the public gallery and witnessed some of the most complex legal arguments from one of the most brilliant QCs, Peter Wetherby willing to go the legal ‘full Monty’ with those judges.

The two judges were particularly belligerent from the off but our barrister took it squarely and countered every attack they delivered with assurance. It was like watching a chess game being played out in a courtroom.

The debate alone over whether Jordan ‘could’ or ‘would’ have known his friend would deliver a fatal kick to a man attacking them took nearly an hour. This led to an argument over ‘substantial injustice’. Pete Wetherby argued that the CCRC should be concerned with justice and not policy. When John Crilly’s case was raised, it was met with a wry grimace from Sir Brian.

I was left wondering whether John’s acquittal was a one-off, and now he and the rest of the Court of Appeal judges are determined not to set any precedent that will allow any others wrongfully convicted using joint enterprise through. Throughout I was texting Jan. She was gutted, she said it sounded like the first time Jordan had had someone actually fighting for him. Simon and Pete had really done their homework and were running rings around any arguments the judges were attempting to put forward. The hearing went on for hours. Leveson kept looking at the clock presumably to see how long he had to wait for lunch. In the break I asked Pete what was going on. It seemed to me it like the judges were tying themselves up in knots conflating ‘substantial injustice’, ‘conditional intent’, ‘parasitic liability’ and ‘safety’. Pete replied: ‘How many angels can dance on the head of a pin?’

The CCRC’s lawyer also relied on whether Jordan ‘may’ or ‘might’ have known what would happen in a 30 second melee (their word). They also wanted to rely on what the jury decided by using the test in Johnson– which (they agreed) is a higher test. Judge Davis agreed they could only speculate what the jury thought – to which Jan responded: ‘There must have been some difficulty because it took them ten days to convict a blind child of murder he didn’t see, let alone commit’.

I am not a lawyer. I write from a campaigner’s perspective. Our brilliant lawyer Simon Natas will follow this up with his analysis after he has recovered his breath from representing 100 or so climate change activists arrested at the Extinction Rebellion protests. I write from my experience having listened to judges giving what are in my view disingenuous judgments based on what they claim to be the facts but really are decided for policy reasons and have nothing to do with justice.

I want to finish with a quote from a JENGbA prisoner and campaigner who contacted us recently.

‘Over the years, the one thing that really hurt the judiciary is adverse publicity. It is the only time they act when they feel threatened. If JENGbA want success in the overall aim to achieve and fairness for all their victims, they must go for the jugular and keep up the good work. From experience, the judicial system is like the orbit of the comets. The last catastrophe to happen for the judiciary occurred in 1989 when the supporters of the Birmingham Six, Maguire Seven, Guildford Four held the judiciary to book. We are undergoing the self-same cyclical process as the Court of Appeal – let’s have it straight- are not fit for purpose. They are past masters at obfuscation and the fudging of real issues in their judgments. They are frightened the crack in the dam will burst and the truth of the deeply embedded institutionalized corruption will bring them all down. One of the reasons for this is the state no longer represents the common man. The social contract of yesteryear has transformed into laws that suppress and oppress the people.’
Mr T Smith, a serving JE prisoner

The supposedly independent miscarriage of justice watchdog body, the CCRC was set up by government to hold the judiciary to account but no longer does so. They refuse to refer cases they themselves acknowledge are unsafe convictions simply because they anticipate that the Court of Appeal will refuse to get to grips with an obvious injustice. How many angels can dance on the head of a pin indeed?