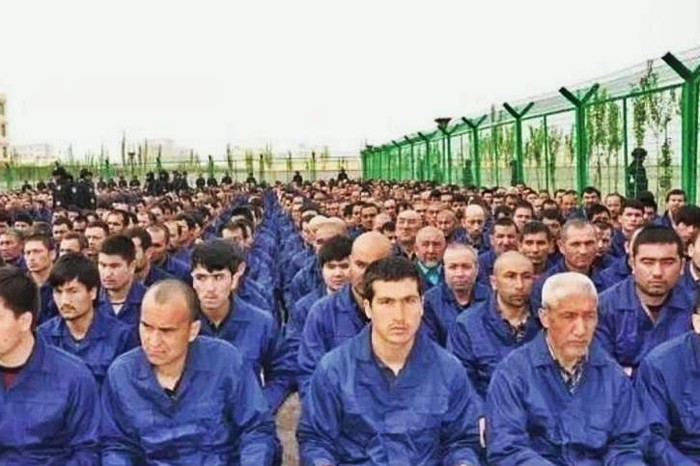 The announcement on the 12th January 2021 by Dominic Raab, the Foreign Secretary, that the UK Modern Slavery Act 2015 would be strengthened in response to the violations against the Uyghurs, is an inadequate response to the historic, widespread and gross human rights violations that are occurring in the UK and abroad.

The four new steps that were announced, are that ‘new, robust and detailed guidance’ have been issued to UK businesses on the specific risks faced by companies with links to Xinjiang, and underlying the challenges of effective due diligence there; the Home Office will introduce fines for businesses that do not comply with their transparency obligations; the transparency requirements will be extended to the public sector; and the government will conduct an urgent review of export controls as they apply to the situation in Xinjiang.

The transparency obligation under section 54 of the Modern Slavery Act 2015, is simply that a commercial organisation must prepare ‘a statement of the steps the organisation has taken during the financial year to ensure that slavery and human trafficking is not taking place’ and also allows ‘a statement that the organisation has taken no such steps’. In other words, it is already mandatory to comply with the transparency obligation, but the obligation itself only requires disclosure, there is no obligation to actually take any steps.

The Independent Review of the Modern Slavery Act published in May 2019, indicates that around 40% of eligible companies are not complying with the obligation at all, and many companies are approaching their obligations as a mere tick-box exercise. The imposition of a substantial fine, which was anyway a recommendation in the Independent Review, may ensure better compliance, but without some of the other recommendations being adopted, such as a central government-run repository where the public can access statements free of charge and research into how consumer attitudes to modern slavery can be influenced, it is unlikely to have any significant effect on business practice. As the statistics on the compliance with the transparency obligations indicate, improved business practice on the monitoring of supply chains needs to be mandated through law and/or incentivised through consumer demand, neither of which has been announced so far.

Dominic Raab was at pains to point out that the United Kingdom was the first country to require companies by law to report on how they are tacking forced labour in their supply chains. Whilst that may be so, it is clear that the UK is now lagging behind many other countries, including France and the Netherlands, who are strengthening legislation on supply chains due diligence, especially in light of the implications of the pandemic as recommended by inter alia the OECD (here). In particular, the EU has proposed a mandatory human rights and environmental due diligence law (mHREDD) law, as part of the European Green Deal on which there is a current consultation untill February 2021. As part of this, Doughty Street Chambers and its partners ECCJ, Friends of the Earth Europe and Global Witness organised we believe, the only live consultation between the EU Commission and global south advocates, who brought case-studies on the effects of the lack of mHREDD on projects from the Philippines, India and Nigeria (see here). It is sincerely hoped that the consultation process will ensure that the new law properly engages with the diverse situations for which a mHREDD law is needed.

Of course, a UK mHREDD law is not just necessary for the Uyghurs. In the UK itself, a lack of effective due diligence legislation has led to modern slavery in the Leicester garment factories, which have been described as ‘historic’ and ‘endemic’ (see here). Further, there are many other instances of forced labour and child labour existing around the world. The US Department of Labour List of Good produced by Child Labour and Forced Labour 2020, which includes the products produced by the Uyghurs, includes 155 products from around the world, and this is likely to be only a small percentage of the total number of products which should be included. In addressing the whole spectrum of global human rights and environmental problems, including the most pressing issue of climate change, British companies need to be required to address violations in their supply chains.

Boris Johnson wants Britain to be a world leader on human rights and the environment, but following Britain’s departure from the EU, it is now lagging behind. It will take more than words to show that he means it.