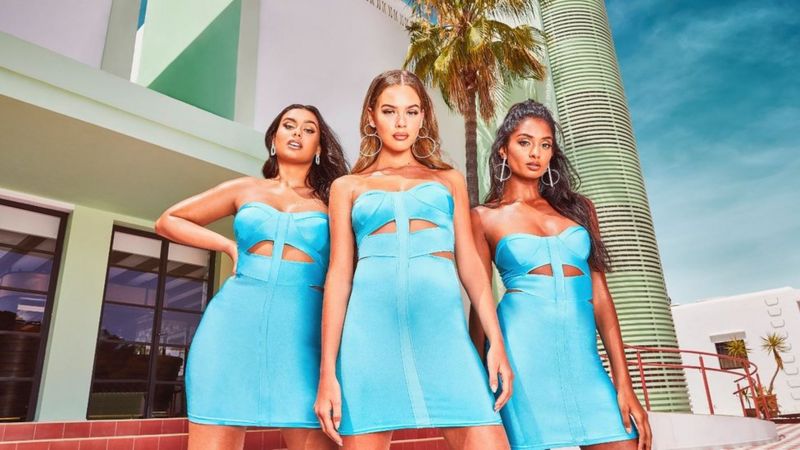 1. I find that the allegations of unacceptable working conditions and underpayment of workers are not only well-founded, but are substantially true.
2. … a significant number of the suppliers and sub-contractors within the sample we considered were paying their employees less than the national minimum or living wage. In the time available to me I cannot say for how long that has been the case, but I am satisfied that this is an historic problem…
6. On the balance of probabilities I have concluded that it is more likely than not that these conditions exist across the best part, if not the entirety, of Boohoo’s Leicester supply chain. The problems we have described are endemic. We recognise that none of this will come as any surprise to those who have been reporting on these matters for years.
7. Inaction by the authorities has contributed significantly to the deficiencies I have found. Legislation is not merely a system for regulating society but also the mechanism by which society’s values and priorities are communicated. If the law is not enforced, this sends a clear message that the violations are not important and the people affected do not matter.
Independent Review into boohoo Group PLC’s Leicester Supply Chain, Alison Levitt QC, 24th September 2020 (PDF)

These were four of the more than 32 conclusions made in the Independent Review into the fast-fashion retailer Boohoo Group Leicester supply chain conducted by Alison Levitt QC. She was commissioned following a publication on July 5, 2020 by the Sunday Times newspaper, in which it alleged unacceptable working conditions and underpayment of workers in Leicester factories making clothes for inter alia the boohoo Group PLC. It was announced today that the troubled retailer has appointed Sir Brian Leveson, the retired judge who led the inquiry into the activities of the media, to oversee the firm’s overhaul of its supply chain.

As the review concluded, this will not come as any surprise to those who have been reporting these matters for years, nor to the successive Governments that have ignored the clear and unequivocal evidence of modern slavery. Whilst the review finds that there is no prima facie evidence that Boohoo participated in modern slavery (page 205), there is of course evidence that their suppliers did, as part of Boohoo’s supply chain to which they contributed by failing to monitor their supply chain and commercial concerns such as growth and profit were prioritised.

As far back as June 2001, the third report of the Low Pay Commission on the National Minimum Wage , an independent body established in 1997 to advise the Government on NMW, reported:

‘In evidence for this report, the Knitwear, Footwear and Apparel Trades Union reported that workers in textile and clothing manufacturing ‘sweatshops’ in Leicester ‘have told us of … receiving wage rates of around £2 per hour. … Many of these companies operate on the boundaries of the law … counterfeiting [of branded clothing is] not uncommon.’

The review itself found that:

‘Allegations in relation to working conditions in Leicester’s garment factories date back at least ten years. In 2010, Channel 4’s Dispatches programme Fashion’s Dirty Secret found that workers, many of whom were working illegally, were routinely paid substantially less than the minimum wage and worked long hours in neglected and unsafe factories.’

It went on to highlight a number of reports over the last ten years, including one by the Joint Committee on Human Rights in 2017 and another by the House of Commons Environmental Audit Committee published in 2019. Harriet Harman MP, who chaired the Joint Committee on Human Rights, wrote to the Secretary of State for Business, Energy and Industrial Strategy on the July 20, 2020, indicating that Joint Committee report contained significant evidence of modern slavery in the Leicester garment factories and that several recommendations to address this were rejected by the Government at the time.

Whilst the review certainly asks serious questions of why and how Governments of different political colours and statutory authorities failed to take any action over a prolonged period, the lack of action by Boohoo necessarily comes in for particular scrutiny. This is despite Boohoo becoming a member of the Slave Free Alliance in 2018. The review concludes that Boohoo realised from at least March 2019 that there were problems in their Leicester supply chain and that the Boohoo Board knew for a fact from December 2019, that the problems of unacceptable working conditions and illegally low pay were widespread, if not endemic.

The report further finds that: ‘Boohoo has known since at least 2017 that allegations were being made about companies in its Leicester supply chain.’ A further important piece of evidence is that many of the audits of companies in Boohoo’s supply chain have applied the United Nations Guiding Principles on Business and Human Rights (UNGP), which is a voluntary instrument consisting of 31 principles implementing the ‘Protect, Respect and Remedy’ framework on the issue of human rights and transnational corporations and other business enterprises. This requires states to protect against human rights abuses; corporations to respect human rights; and greater access to victims to effective remedy. The UNGP was endorsed by the UN Human Rights Council in 2011. The review finds that because it has no force of law in the UK, a breach by itself could not amount to a criminal offence.

The lack of state and business-action against the ‘historic’ and ‘endemic’ problems, indicates that there is an urgent need for states to pass and then enforce legislation that protects working conditions and payment of the minimum wage in supply chains. In the context of the Leicester garment factories, the UK could certainly adopt the recommendations of the Joint Committee which include granting powers to local authorities to close down premises which are found to exploit workers and to compel the employer to compensate the workers (here, page 72).

However, garments like most other products entering the UK, is exemplified by transnational supply chains, where similar or worse violations take place. As an example, the BBC recently reported that Indian workers in factories that supply UK supermarket chains, including Tesco and Sainsbury’s, were being subjected to exploitative conditions, including forced overtime. The news report indicates why India has become so attractive for outsourcing work:

‘Allegations such as these are not confined to the garment industry. Low wages and weak labour laws have long made India an attractive place for foreign brands looking to outsource work. Unions are rare and virtually absent in the private sector, making informal and contract workers especially vulnerable. While inspections are mandatory, rampant corruption and a sluggish system has meant that factories are rarely held to account for breaking the law.’

This of course represents a significant justice gap and necessitates states taking measures to ensure that, as part of their duty to protect, there are effective regulations and that they are complied with by factory owners. The Review however, provides useful recommendations on what companies can do to ensure acceptable working conditions and pay in their supply chains, as part of their duty to respect human rights. Boohoo has said that it would implement all of the review’s recommendations in full, however it appears that mandating regulations are required in order for companies to take such steps, as is proposed by the European Union (See the Justice Gap, here). Doughty Street Chambers will be hosting a consultation to support this initiative, which involves groups from the Global South. Whilst Boohoo has listed the recommendations in terms of the scope of the Review, the UNGP proposes a four-stage process requiring an assessment of human rights violations caused or contributed by a company; acting on the findings; tracking responses and communicating how the impacts are addressed.

The Way Forward
An essential element of the corporate responsibility to respect human rights is transparency. Boohoo was not able to name their suppliers for the review, leave alone know their workers conditions of work. The Review indicates that Boohoo’s lack of monitoring was a factor in the violations and concludes:

‘I have concluded that in truth Boohoo has not felt any real sense of responsibility for the factory workers in Leicester and the reason is a very human one: it is because they are largely invisible to them. It is hard for people to empathise with the plight of those of whom they know little.’

This of course is a very real problem, especially where you have transnational supply chains, and applies not only to modern slavery, but also in relation to issues such as climate change. It is axiomatic that problems caused by globalisation requires global solutions. The review therefore builds on its conclusions by recommending that orders are only provided to an approved list of suppliers. The suppliers should be required to meet six essential parameters for passing spot checks and audits, namely payment of the minimum wage; proof of working hours; right to work documentation; health and safety, with fire safety and Covid-19 risks; no unauthorised sub-contracting (to include both sub-contracting without Boohoo’s knowledge as well as to non-approved companies); and a new requirement of keeping a copy of all essential paperwork on the premises available for immediate inspection by auditors and the in-house compliance team. The parameters should be clearly categorised as zero-tolerance, critical, major and minor, with the onus on the supplier showing that they have complied. Boohoo should form a Supply Chain Compliance Committee, which creates a supply chain roadmap, a plan to ensure supply chain compliance. A major part of that should be ongoing formal third-party audit system plus a programme of lighter touch and more agile in-house compliance team spot check.

A further concept which is embedded in the recommendations is the idea of ‘leverage’. Leverage is an advantage that gives a company the power to influence another through its business relationships and is an important tool in respecting human rights in supply chains. In the context of the recommendations this is further demonstrated by Boohoo’s commitment to assist workers’ in exercising their rights; supporting their suppliers and demonstrating best practice by developing a state-of-the-art manufacturing facility in Leicester.

It is certainly hoped that Boohoo will honour its commitment to implementing the Review’s recommendations, but also that many of the recommendations will be implemented in other company supply chains, both in the garment industry and in others. It will only be through this, that the continuous learning and action required to ensure situations of modern slavery in supply chains are remedied. It is however, one of the comments of Alison Levitt QC in the Review that needs to be re-iterated in the Covid and post-Covid world:

‘The failure to recognise the damage to shareholders’ interests caused by not getting a proper grip on compliance issues even in the face of numerous warnings is one upon which the Board must reflect. I have concluded that what is needed is a realignment of the Board’s priorities to recognise that running a great public company is not simply about profit. When the Chief Executive speaks warmly about taking the Boohoo workforce with them on the journey, the Board should ensure that those who make the clothes upon which their profits are founded are allowed to share in that success too. This is not merely a moral imperative, it makes sound business sense.’